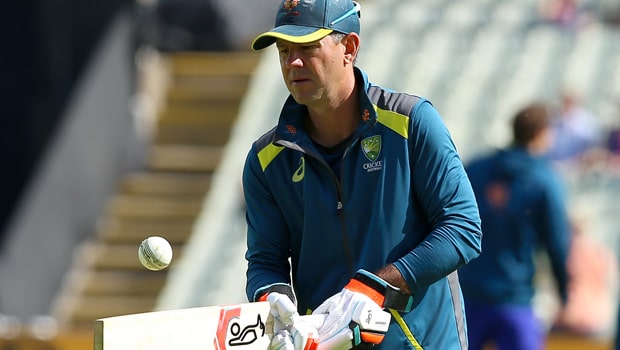 Former Australian skipper Ricky Ponting has predicted that the Indian team won’t be able to even score 200 runs in the second innings. India are 98-2 at the end of the penultimate day with their two most experienced Test batsmen – Ajinkya Rahane and Cheteshwar Pujara at the crease.

India had scored 244 runs in the first innings and their batsmen will have a massive task of keeping Australian bowlers at bay. The visitors’ batsmen have got off to starts in the ongoing third Test match but none of them have been able to get a big score.

Furthermore, Ravindra Jadeja is unlikely to bat as he suffered a serious thumb injury in the first innings. Moreover, Rishabh Pant is not 100% fit as he was hit on the elbow. Thus, the onus will be on Ajinkya Rahane and Cheteshwar Pujara to deliver the goods.

Meanwhile, India should look to take one session at a time and set small targets to achieve. There is no need for the visitors to be aggressive and they should play without taking any risks.

On the other hand, Ricky Ponting had criticised Cheteshwar Pujara’s batting approach as the right-hander scored 50 runs after facing 176 balls in the first innings. Ponting had stated that Pujara lacked the intent in his batting and he was the reason why India couldn’t take the game forward.

India has thus far gone past 300 only one occasion in the ongoing Test series and they will have their work cut out against a potent Australian bowling line-up. A lot will depend on the shoulders of Ajinkya Rahane and Cheteshwar Pujara, who are India’s best Test batsmen in the current line-up.

However, it is not going to be easy for the visitors to save the third Test match on a fifth day SCG pitch against the relentless bowling attack of Australia.