Home » Cricket » Aus vs Ind 2021: The boy has become a man on this tour – Virender Sehwag on Mohammed Siraj’s performance

Aus vs Ind 2021: The boy has become a man on this tour – Virender Sehwag on Mohammed Siraj’s performance 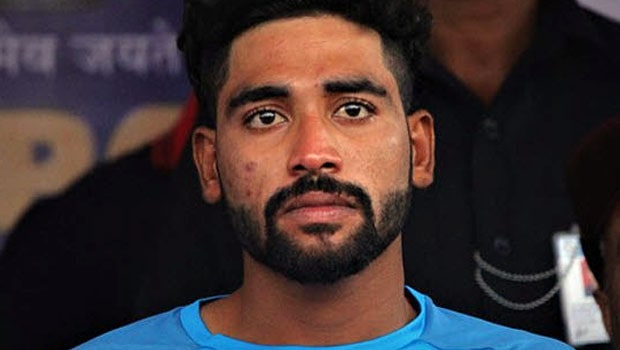 Former Indian opener Virender Sehwag has heaped praise on Mohammed Siraj for having a terrific series against Australia. Siraj made his debut in the Boxing Day Test match and he scalped a total of five wickets at the MCG. The fast bowler from Hyderabad has impressed one and all with his performances as he consistently hits the good length area.

Siraj is patient in his approach and thus he has also reaped fruits for his good work. The 26-year-old scalped his maiden five-wicket haul against Australia in the ongoing Gabba Test match as he returned with figures of 5-73. Ergo, he played a crucial part in skittling out Australia under 300 in the second innings.

In fact, with only two Test matches to his name before the ongoing Brisbane Test, Siraj was the most experienced Indian bowler and the leader of the pack. Siraj didn’t disappoint as he took a total of six wickets in the fourth Test match.

On the other hand, Siraj has ended as India’s leading wicket-taker of the series as he has scalped 13 wickets in three Test matches. Ravichandran Ashwin and Jasprit Bumrah finished with 12 and 11 wickets respectively in the three Test matches they played.

Virender Sehwag took to Twitter to praise Mohammed Siraj. Sehwag also lauded the newcomers in the team like Washington Sundar, Shardul Thakur, Shubman Gill and T Natarajan who have impressed one and all with their game.

Sehwag’s post read as, “The boy has become a man on this tour. Siraj,  Leader of the attack in his first Test series and he has led from.the front. The way newcomers have performed for India on this tour will be etched in memories for a long long time. Will be fitting if they retain the trophy”.

India have been set a target of 328 runs by Australia.