Home » Cricket » Aus vs Ind 2021: The boys deserve all the praise – Rahul Dravid denies credit for youngster’s performances in Australia

Aus vs Ind 2021: The boys deserve all the praise – Rahul Dravid denies credit for youngster’s performances in Australia 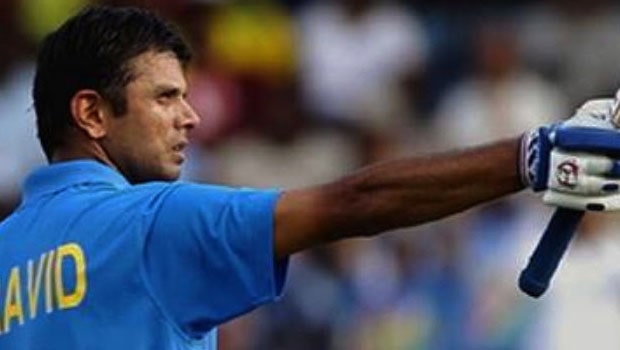 The likes of Shubman Gill, Mohammed Siraj, T Natarajan, Shardul Thakur, Rishabh Pant, and Washington Sundar rose in the ranks on the recently concluded series against Australia. One man who has backed these players and has guided them on the right path is Rahul Dravid – India’s former Under-19 and India A head coach.

Dravid has given the right exposure to these young blokes and they have surely developed while playing under his umbrella. India won the Border-Gavaskar trophy by 2-1 after young guns shined for them in the fourth Test match at Brisbane.

However, as always, Dravid refrains away from the credit just the way he used to from the bouncers in his career. Dravid feels the boys deserve all the praise for their world-class performance against Australia. The team was under the pump but they stood up against all the challenges that were thrown at them and they were able to grab their opportunities.

There is no doubt that the frequent India A tours to overseas countries helped these players grow in confidence and Rahul Dravid played an instrumental role in that aspect.

“Haha, unnecessary credit, the boys deserve all the praise,” Rahul Dravid said when The Indian Express praised him on his contribution in strengthening Team India’s bench.

On the other hand, former Indian selector Jatin Paranjpe revealed that Dravid paid special importance to the performance of the Ranji Trophy for the selection of the India A team.

Dravid also made sure that the young players get their deserving opportunity at the Under-19 and India A level. In fact, Dravid didn’t allow a particular player to take part in two Under-19 World Cup even if he was eligible to play his second U-19 WC.

“Before such tours, the support staff of the Indian team, A team, U-19 team, selectors, and Dravid discuss which bucket of players we want to concentrate on. The performances in the Ranji Trophy matter in the selection of the A-team. Mayank Agarwal and Hanuma Vihari were picked from there,” Paranjpe told the Indian Express.

Rahul Dravid deserves a lot of credit for getting out the best of the young players and guiding them on the right path. The young players have been given exposure by the Indian board and they were prepared for the big stage when the opportunity came their way.