Home » Cricket » Aus vs Ind 2021: The dressing room atmosphere was quite tense as we wanted a draw badly – Cheteshwar Pujara

Aus vs Ind 2021: The dressing room atmosphere was quite tense as we wanted a draw badly – Cheteshwar Pujara 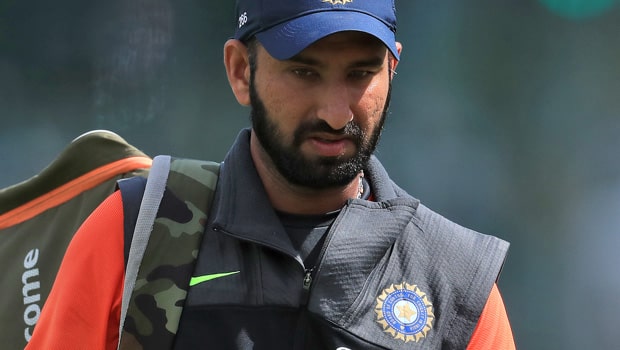 India’s talisman number three batsman Cheteshwar Pujara has revealed that the dressing room atmosphere was quite tense as they were desperate for a draw at the SCG in the third Test match against Australia. The hosts had set up a huge target of 407 runs for the Indian and the visitors started the final day at 98-2.

The tourists lost the early wicket of their skipper Ajinkya Rahane and they were straight away put on the backfoot. However, Pujara and Pant were able to get the team back on track with their brilliant stand of 148 runs for the fifth wicket.

As expected, Pant was the aggressor as the left-hander raced to 97 runs off just 118 balls after taking the attack to Australian bowlers. Pujara, on the other hand, played like Pujara and scored a fine knock of 77 runs after facing 205 balls.

However, both of them were dismissed in quick succession, which once again put the tourists under the cosh. But Ravichandran Ashwin and Hanuma Vihari showed all the gumption to take India to a memorable draw. Ashwin faced 128 balls whereas Vihari played 161 balls to keep the Australian bowlers at bay.

Pujara said while talking to Sony Sports Network, “We were quite tense and nervous as we wanted a draw badly. Because the way we started, there was also a time when we had a very good opportunity to win the match. But when Rishabh got out and then when I got out after that, the possibilities got reduced slightly because Vihari had got injured and Jaddu was also not fit. So, we did not have too much depth.”

Pujara added that it was a collective team effort which saw them pull off a historic draw at the SCG.

“So the only option we had was a draw and the way we achieved that was a great team effort. Everyone batted very well and even if we talk about the bowling yesterday, even though we may not have taken too many wickets, the bowlers were putting in the full effort from their side,” added Pujara.