Aus vs Ind 2021: This is one of the biggest days of my life – Rishabh Pant 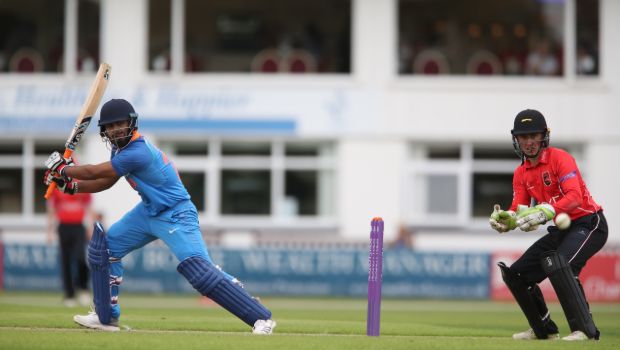 The Indian team came up with a remarkable win at the Gabba, Brisbane as they won the final Test match by three wickets on Tuesday.

The venue has been Australia’s fortress since 1988 as they haven’t lost a single Test but India was able to breach it. India’s wicket-keeper batsman Rishabh Pant played a crucial role in getting the team over the line as he scored a majestic knock of 89* runs in the second innings to help his side chase down 328 runs.

Pant has always been under the scanner for his wicket-keeping skills and there were always doubts over his place in all the three formats of the game. However, Pant came up with the best knock of his career to take his team to a memorable win.

Furthermore, Pant had scored a fantastic knock of 97 runs from only 118 balls in the second innings of the Sydney Test. In fact, the pugnacious southpaw batsman had given a glimmer of hope to the Indian team to win the third Test match.

Pant went on to score 274 runs in the five innings of the Test series at an average of 68.50 as he top scored for the visitors. The left-hander was also awarded the Player of the match for his brilliant unbeaten knock of 89 runs.

Pant said in the post-match presentation, “This is one of my biggest days in life. The support the team has given me even when I was not playing has been incredible. It’s a dream come true. We’ve been practicing hard after the first Test. The team management always backs me and tells me you are match-winner and you have to go out there and win and I am happy I did it today. It was a fifth day pitch and the ball was turning”.

Pant picked his areas and there was no stopping him once he was settled. There was a difficult chance that Tim Paine got to stump him but it was a tough take for the Australian captain.

Pant was brilliant and deserves a lot of credit for India’s win for the way he batted on a fifth day wicket. A lot of credit also goes to Washington Sundar, Shardul Thakur, Shubman Gill and Cheteshwar Pujara for setting up the emphatic win.

India’s next assignment is the home series against England.