Home » Cricket » Aus vs Ind 2021: To defeat Australia in their own backyard is a monumental accomplishment – VVS Laxman

Aus vs Ind 2021: To defeat Australia in their own backyard is a monumental accomplishment – VVS Laxman 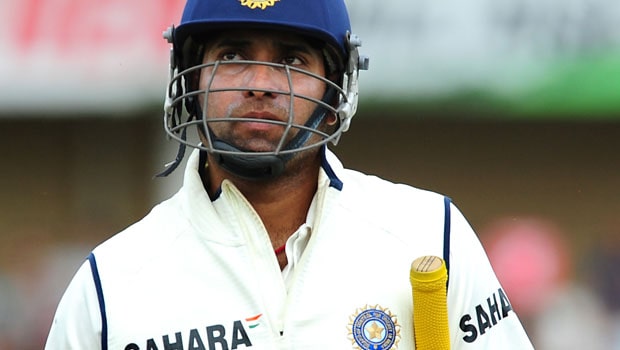 Former Indian batsman VVS Laxman has heaped praise on the Indian team for their historic Test series triumph in Australia. India defeated Australia by 2-1 to retain the Border-Gavaskar Trophy after winning the fourth Test match by three wickets. Laxman feels it is a monumental accomplishment to defeat Australia in their own backyard.

The former Indian middle order batsman believes to win in Australia without the services of main players due to injuries and after getting bowled out for 36 runs in the second innings at Adelaide, makes India’s win a special one.

India had their backs against the wall after they were skittled out for 36 runs. Furthermore, the visitors achieved the impossible without players like Virat Kohli, Mohammed Shami, Ishant Sharma. Moreover, Jasprit Bumrah, Ravichandran Ashwin and Ravindra Jadeja were ruled out of the fourth Test match due to their respective injuries.

The young Indian players stood up when it mattered the most and this performance must have given them a lot of confidence. In fact, India was able to conquer Australia’s fortress, the Gabba, where they hadn’t lost since 1988.

The players like Rishabh Pant, Shubman Gill, Mohammed Siraj, T Natarajan, Shardul Thakur and Washington Sundar impressed with their performances and they showed that India has a great bench strength.

“To defeat Australia in their backyard is a monumental accomplishment. To do so without more than a half-dozen first-choice players and from the spirit-shattering 36 all out in the first Test has few parallels. The fortitude of this Indian team will be spoken about for many years,” VVS Laxman wrote in his column for Times of India.

Laxman added that the visitors showed great character to bounce from the Adelaide collapse and they fought like warriors to come back into the series.

On the other hand, Laxman believes the alliance of 123 runs between Washington Sundar and Shardul Thakur at the Gabba was the defining moment of the series. India was in all kinds of trouble as they had lost six wickets for 186 runs in the first innings in the fourth Test and thus they were trailing by 183 runs.

“The defining moment for me was the Washington-Thakur stand at the Gabba in the first innings, under pressure on a difficult pitch against a world-class attack. It debunked the myth that we have been besieged by the T20 generation. Of all the life-lessons, this was the most significant – desist from being judgmental,” VVS Laxman asserted.

India will now take on England in a four-match Test series in the home conditions.