Home » Cricket » Aus vs Ind 2021: We have got to look at our strategies against Indian spinners – Justin Langer

Aus vs Ind 2021: We have got to look at our strategies against Indian spinners – Justin Langer 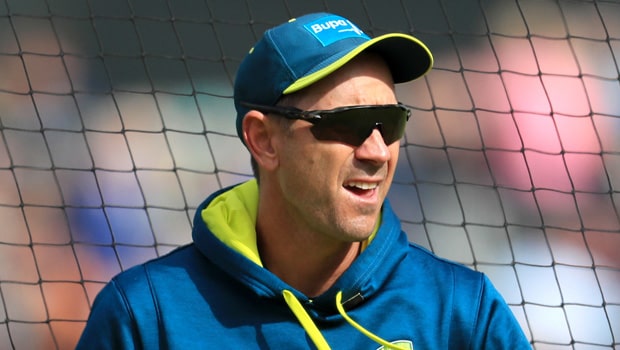 Australia’s head coach Justin Langer has admitted that his team will have to look at their strategies against the Indian spinners. Ravichandran Ashwin has troubled the hosts’ batsmen as he is currently the leading wicket-taker of the series with 10 scalps. Ashwin has bowled with an impressive average of 17.70 and he has breathed down the neck of the Australian batsmen.

In fact, Ashwin has most importantly troubled Australia’s best batsmen Steve Smith as he has dismissed him twice in the ongoing Test series. Furthermore, Ravindra Jadeja had also scalped three wickets in the MCG Test match.

India are without the services of experienced fast bowlers like Ishant Sharma, Mohammed Shami and Umesh Yadav and thus it is pivotal for their spin battery to deliver the goods. Jasprit Bumrah has also done a fine job and he has received support from Ravichandran Ashwin.

“I think we have got to look at our strategies against the Indian spinners. Ashwin is bowling in very well and we have worked hard on that last week or so,” Justin Langer said in a video conference.

“Obviously, Bumrah is a world-class bowler and (Mohammed) Siraj coming in, he is a very skillful bowler…I thought he (Siraj) bowled very well in his first Test match, his debut, so we are interested to see who comes in as their probably third quick,” Justin Langer asserted.

The Indian bowlers have been right on the money and the Australian batsmen will need to come up with a better performance. The inclusion of David Warner will help the hosts and he will look to hit the ground running upon his return.