Home » Cricket » Aus vs Ind 2021: We play Pant abroad because he is a match winner – Ravi Shastri

Aus vs Ind 2021: We play Pant abroad because he is a match winner – Ravi Shastri 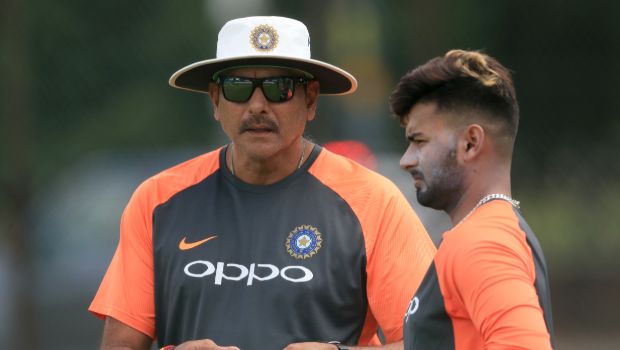 India’s head coach Ravi Shastri was all praise for the collective effort of the team after the visitors scripted an unbelievable three wicket win at the Gabba, Brisbane.

Shastri stated that they play Rishabh Pant in overseas conditions as he is a match winner. Pant scored a majestic unbeaten knock of 89 runs and helped his team chase down the imposing target of 328 runs. Thus, Pant was awarded the Player of the match for his blistering innings. The left-hander was aggressive in his stroke play as he scored nine fours and a six in his brilliant knock.

In fact, Pant has taken a lot of criticism for his wicket-keeping skills but he has been able to deliver the goods for the team. The left-hander ended as the team’s leading run-getter as he scored 274 runs in five innings at an impressive average of 68.50.

On the other hand, Indian opener Shubman Gill also set up the run-chase as he scored a fine knock of 91 runs to set up the tone. Gill impressed with his stroke play as he timed the ball to perfection. It was a splendid batting performance from the Indian team on a fifth day wicket at the Gabba despite having their backs against the wall.

Ravi Shastri said while talking to Sony, “The boys have performed so well that I am lost for words. The character of this team is amazing especially after the 36 all out at Adelaide. This team wasn’t built overnight. Virat has been with us despite not being here. His intensity rubbed on to everyone else. Rahane might look calm but he is a strong man from inside. A tough character. We play Pant abroad because he is a match winner. When he doesn’t keep well, people criticize him. But he can help you win matches like these. Had he stuck around for some time in Sydney, he could have won us that game as well. He has been brilliant and that’s why we back him”.

Shastri added, “Washington Sundar was a net bowler, Natarajan was a net bowler. But they have played so well. Sundar batted as if he had already played 20 Tests. Same with Shardul who has played a lot of first class cricket but did well at the top level. This is a big series win. I don’t think the cricketing world will forget this. Some of us were in a lock down for some 6 months whereas cricket had started in some other part of the world. To come here and play the way we have despite having our main bowlers injured, is phenomenal. The players know when they cross the boundary line, they are playing for India”.

The Indian team will be proud of their performance as they ticked the right boxes throughout the series after they were bundled out for 36 at Adelaide. Thus, the team fought back like warriors and the young boys deserve a lot of credit for their exemplary performance.