Home » Cricket » Aus vs Ind 2021: We were outplayed by a disciplined and tough Indian side – Tim Paine

Aus vs Ind 2021: We were outplayed by a disciplined and tough Indian side – Tim Paine 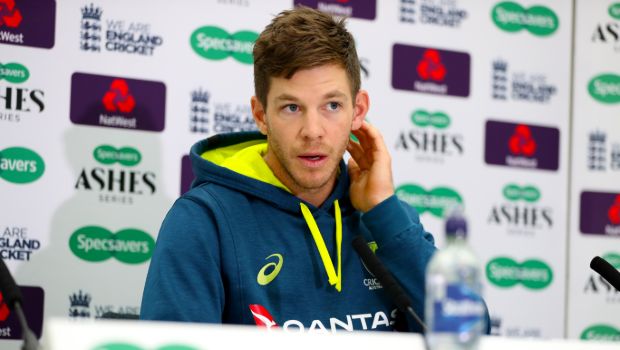 Australia’s captain Tim Paine credited the Indian team for outplaying them in the Border-Gavaskar series.

The visitors clinched the series 2-1 after they won the fourth Test match at the Gabba, Brisbane by three wickets on Tuesday. In fact, Australia has been beaten at the Gabba for the first time in 33 years.

The tourists needed 324 runs to win on the final day of the fourth Test match. When India’s veteran batsman Rohit Sharma was dismissed early, not many must have put their money on the visiting team. However, Shubman Gill scored a majestic 91 as he timed the ball to perfection whereas Cheteshwar Pujara was rock solid from one end.

Ajinkya Rahane got a quickfire 24 and made it clear that the team is going for the run chase. Rishabh Pant, who was promoted at number five, played a match-winning unbeaten knock of 89 runs to help his team get over the line.

On the other hand, Washington Sundar and Shardul Thakur played a key role in India’s win. The visitors were 186-6 but both of them went on to add 123 runs for the seventh wicket to get their team back in the contest.

Tim Paine credited the Indian team for their brilliant performance right throughout the Test series.

Paine said in the post-match presentation, “We were here to win the series, but we have just been outplayed by a disciplined and tough Indian side who fully deserve the series win. We have to look back over a lot of things, and we’ll go through it as a group, and we have been outplayed by a better side this series. There are many areas of improvement honestly. We wanted to set a bit over 300, and dangle a carrot for them to win the series. I thought India turned up today, wore balls on the head arm and chest, put their body in the line, so credit to them, they deserve the win. Keeping is a part of my job, and I have to get them right. Our bowlers did really well as well, it’s just credit to the Indian side for this terrific series”.

It was a magnificent performance from the Indian team who fought against all the odds to come out as winners. The team was without Virat Kohli, Mohammed Shami, Ishant Sharma, whereas Jasprit Bumrah, Ravichandran Ashwin and Ravindra Jadeja didn’t play the last Test match due to respective injuries. However, the tourists came out on top in the end despite the adversities.