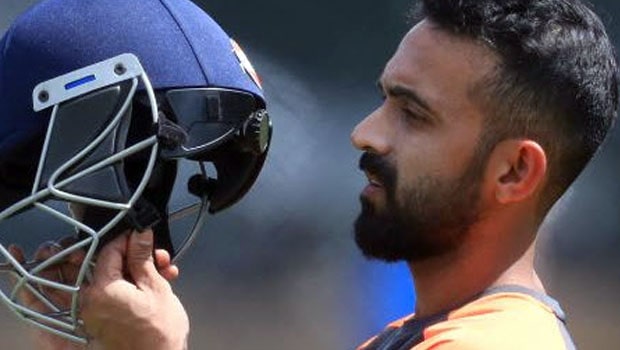 India’s stand-in skipper Ajinkya Rahane has encouraged Kuldeep Yadav to keep working hard on his game while addressing the team after the memorable Gabba triumph. Kuldeep had missed out on the playing XI in the fourth Test match and it was a bit tough on the mystery spinner as none of the frontline bowlers were available for selection.

Rahane lauded Yadav’s attitude despite not getting his chance and said that the spinner’s time will come. India decided to debut Washington Sundar because of his batting credentials and the move paid dividends as the young left-hander scored a majestic 62 runs in the first innings. Furthermore, Sundar scalped four wickets in the Test match to have a dream debut.

On the other hand, Kuldeep has scalped 24 wickets in the six Test matches he has played. In fact, Ravi Shastri had earlier stated that he is going to be the team’s first choice spinner in the overseas conditions but it wasn’t to be the case on the Australian tour.

Ajinkya Rahane said while addressing the team in a video uploaded by BCCI, “Kuldeep, I know it was tough for you. You did not play a game here, but your attitude was really good. Your time will come; just keep working hard.”

Rahane also praised India’s young pace sensation Kartik Tyagi, who did a fine job for the team as a net bowler. On the other hand, India’s stand-in skipper lauded the collective effort of the team after the Adelaide debacle. Rahane praised the players for giving their best despite being on the backfoot and hampered a spate of injuries, which troubled India throughout the Test series.

Rahane added, “What happened in Adelaide, how we came back from Melbourne onwards was really good to see. Everyone did their effort, everyone contributed, it was not about one or two individuals.”

It was a fine performance from the Indian team as they delivered the goods despite the adversities. The young players were able to stand up to the challenge and grabbed their opportunities with both hands.

India will now face England in a four-match Test series in the home conditions. The first Test match will take place at MA Chidambaram Stadium, Chennai from February 5.