Home » Cricket » Aus vs Ind 2021: Your turn can come any time – Navdeep Saini on how Ravi Shastri kept the players ready

Aus vs Ind 2021: Your turn can come any time – Navdeep Saini on how Ravi Shastri kept the players ready 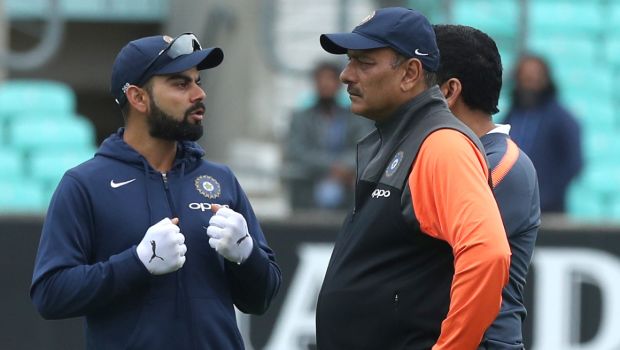 India’s recent tour of Australia was filled with a lot of injuries. The first-choice players were injured and the team had no option other than to play the young players in the series.

In fact, in the series decider at the Gabba, the visitors were forced to pick an inexperienced bowling line-up, which had collectively scalped 13 wickets before the match.

As there was a spate of injuries, India’s head coach Ravi Shastri made sure that all the young players were ready whenever their opportunity came. It was crucial for these inexperienced players to be mentally ready and perform on the big stage in the absence of experienced players.

Shastri was able to get the best out of the players and played a key role in guiding the team on the right track despite the injury woes. The young players were also able to grab their opportunities and performed at their best despite being under pressure.

India’s fast bowler Navdeep Saini, who played in the last two Test matches, revealed Ravi Shastri kept the young players on their toes and told them their turn can come at any time. Saini scalped four wickets in the two-Test matches he played against Australia.

Saini said while talking to TOI, “We were all prepared to take on responsibilities. Ravi (Shastri) sir told us all to prepare, saying ‘your turn can come at any time’. He used to watch us closely in the nets. We all used to prepare at the same time and for the same duration with the same intensity. Ravi sir used to take us through different and tough conditions and asked us to practice accordingly.”

On the other hand, Saini revealed that the chief coach told him to not experiment much in the Brisbane Test match and follow the basics. However, Saini could not bowl at full throttle in the Gabba Test as he suffered a groin injury in the first innings.

“Ravi sir spoke to me ahead of the Brisbane Test. He gave me the confidence and said ‘don’t experiment, just bowl the way you have been bowling. Just be mentally strong. You are the best’,” said Navdeep Saini.