Australia Scales Through To Semi-finals 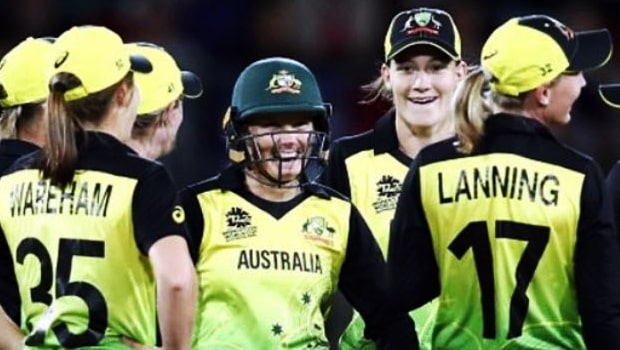 The Australian women team have progressed to the semi-finals of the T20 World Cup after defeating their New Zealand opponents.

Australia won by 4 runs, finishing 155-5 against New Zealand’s 151-7. Both had 20 overs. But Australia’s victory was not without some complications as Ellyse Perry suffered a hamstring injury while on the pitch.

Beth Mooney was the top scorer for Australia, with 60 out of the 155 Australia scored. This is her second half-century in a row, after scoring 81 in their match against Bangladesh. New Zealand were quite impressive at their game, chasing 156 after reaching 81-2. But their luck ran out when leg spinner Georgia Wareham dismissed 4 of their players based on lbw review, something similar to the offside rule in football.

After that, the Australians were very careful not to let their opponents dominate. Megan Schutt continued where Wareham stopped by dropping other players and making impressive passes and deliveries to limit their opponent’s score to just 151. The win moves Australia to the semi-finals where the defending champions would have to face South Africa or the West Indies by Thursday.

However, they would have to continue their world cup campaign without Perry whose hamstring injury, described by the Australian team doctor, Pip Inge, as high-grade, would keep her out of the game for a “significant period of time”.

Part of that time also includes being involved in the South African tour her team is expected to take later this month. Speaking yesterday after the game, skipper Meg Lanning highlighted just how important Perry was to the team, but was confident that her absence would not result in total failures as there were other players with experience that could fill her place. Although it has been confirmed that Perry still remains a strong member of the first 15.

The team continues to prepare to win the world cup for a record fifth time and Thursday’s result could tell just how far their journey would end in this year’s World Cup.