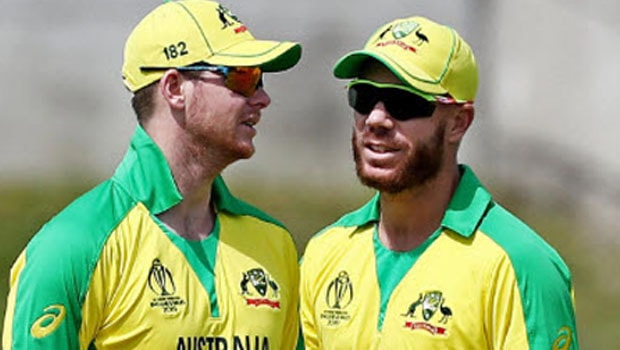 Indian opener Rohit Sharma believes that the four-match Test series against Australia will be a different ball game altogether with Steven Smith and David Warner back. The series is scheduled to be played later in the year but it is under dark clouds with the outbreak of coronavirus.

India had won their maiden Test series in Australia back in the 2018-19 tour by 2-1 but there were no Smith and Warner as they were serving their ball-tampering ban. In fact, many cricket pundits including Waqar Younis believes India won because of the absence of these two players.

Australia have an impeccable record while playing in their own conditions and they will be a force to reckon with as Smith and Warner are back in the side.

On the other hand, Rohit Sharma played two out of the four Test matches on last tour. The right-hander scored 106 runs at an average of 35.33.

Meanwhile, Rohit Sharma has gained confidence in the red ball version when he was asked to open the innings against South Africa. The right-hander had scored 529 runs in three Test matches at an astounding average of 132.25.

There were a lot of expectations from Rohit for the Test series against New Zealand but he suffered a calf injury in the fifth T20I against the Kiwis which ruled him out of the ODI as well as the two Tests.

Subsequently, Rohit is looking forward to the Australian tour with all the zest.

“I was looking forward to the New Zealand series but unfortunately, an injury (calf muscle) happened at the wrong time,” Rohit told ‘India Today’ on Wednesday.

“I can’t wait to go to Australia and play the Test matches there. Australia in Australia with those two guys will be a different ball game,” added Rohit.

Rohit believes if the series goes ahead after the coronavirus situation improves, it will be a great series as the Indian team is at the top of their game in the Test fold.

“As a team, we are playing best cricket right now, everybody wants to take the game back to the opposition. If it happens (amid the COVID-19 pandemic), it will be a great series to be part of,” he said.

It will be a great contest between India and Australia as both are the top two Test sides of the world. India is at the zenith of the ICC Test Championship with 360 points under their belt after nine matches whereas Australia is at the second place with 296 points after 10 games.