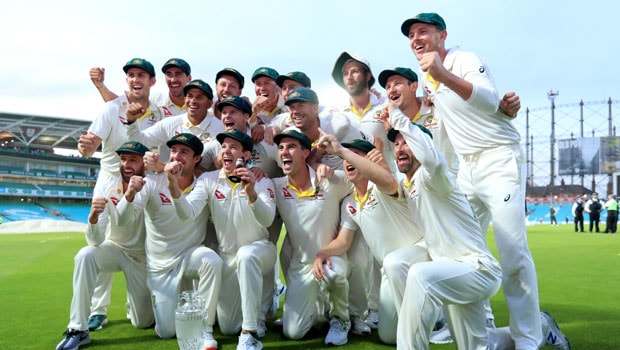 Australia have claimed the numero uno position in ICC Test and T20I rankings in the latest update, which takes into account the matches of 2019 at 100% and the last two years matches at 50%. Thus, India is dethroned from the top of the table of Test rankings and now they have slipped to the third place with 114 points.

Australia now have 116 points under their belt in Test rankings whereas New Zealand have held onto their second place with 115 points. Hence, only one point separates the top three teams in the Test fold. England and Sri Lanka take the fourth and fifth place with 105 and 91 points respectively.

Meanwhile, India had claimed the top position in the ICC Test rankings in 2016. The Virat Kohli-led side had won 12 matches and lost only one in the 2016-17 season, but that period was not taken into consideration in the latest update.

South Africa (90) have lost eight points in the rankings as they have slipped to the sixth position in the table behind Sri Lanka.

On the other hand, England have retained their top spot in the ICC ODI rankings with 127 points. The World Champions have extended their lead to eight points from six in the latest update. India remains at the second place with 119 points whereas New Zealand is at third place with 116 rating points. South Africa and Australia occupy the fourth and fifth place with 108 and 107 points respectively.

Australia also takes the pole position for the first time in ICC T20I rankings, since it was launched back in 2011, with 278 points. Pakistan had enjoyed being at the culmination of the rankings for 27 months, now slips to fourth place with 260 points.

England take the second place with 268 points whereas India have gained one place in the T20I rankings to grab the third position with 266 points. South Africa and New Zealand take the fifth and sixth place with 258 and 242 points respectively.