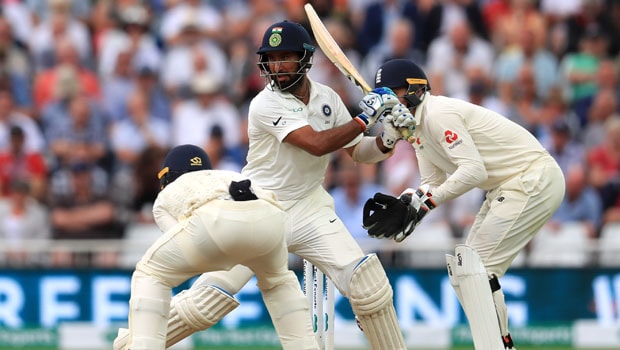 India’s Test specialist Cheteshwar Pujara recalled the 2017 Border-Gavaskar trophy which his team won by a margin of 2-1. The hosts were down 0-1 after losing the first Test at Pune and Pujara felt the visitors were a bit complacent in their approach. Pujara added that the Australian thought that they had already won the series as they were sledging when he came out to bat in the second Test at Bengaluru.

Meanwhile, India was obliterated in the first Test at Pune by 333 runs. Steve O’ Keefe scalped 12 wickets in the match and Steven Smith scored a fine century on a rank turner.

Subsequently, Australia had put their noses ahead in the series. The visitors once again had a good start to the second Test when they dismissed India for 189 and then took a 87 runs lead after making 276 runs.

However, Cheteshwar Pujara and Ajinkya Rahane were able to bail India out of trouble as they both scored fifties. Both the right handers added 138 runs in the second dig which helped India post 274, thus setting a target of 188 for the Australians.

The tourists could only manage 112 runs as Ravichandran Ashwin bagged six wickets for 41 runs. Thus, India cruised to a comfortable win of 75 runs to draw level in the series.

“I felt pressure when I walked into bat (2nd innings). The kind of sledging they did… I thought they were a little ahead of what they wanted to achieve. Their thought process was… they felt they had already won the game,” Pujara said. “By Tea time, I was with Ajinkya (Rahane), we were coming into the dressing room and they were sledging as if they had won the game. That is when things did turn around, I felt,” Pujara said while talking to Ravichandran Ashwin in an Instagram live interaction.

Subsequently, the third Test match at Ranchi ended in a stalemate and India went on to win the fourth Test at Dharamshala by eight wickets. In fact, Indian captain Virat Kohli was injured and Ajinkya Rahane had led in the final Test.