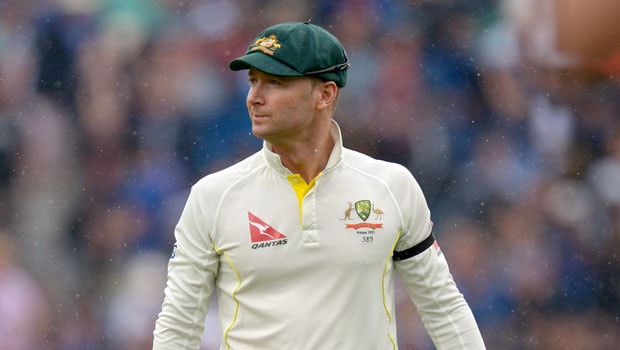 Australia are too soft and scared to sledge Virat Kohli and Co. due to the lucrative Indian Premier League deals they get, feels former Australian skipper Michael Clarke. India had toured Australia in 2018-19 and had won their maiden series in Australia by 2-1. The hosts were handcuffed as they were under the microscope due to the ball-tampering scandal.

Meanwhile, Australia has always known to play the game in a hard way and they like to take the bull by its horns. However, Clarke believes Australia have ‘sucked up’ to Indian players as they have to play alongside them in the IPL, come April.

Australian players like Pat Cummins, Glenn Maxwell and Nathan Coulter-Nile had received hefty contracts in the IPL 2020 auctions. Kolkata Knight Riders had broken the bank for Pat Cummins as he was brought for INR 15.50 crores, which made him the most expensive overseas player in IPL history.

Speaking on Big Sports Breakfast, Clarke said: “Everybody knows how powerful India are in regards to the financial part of the game, internationally or domestically with the IPL. I feel that Australian cricket, and probably every other team over a little period, went the opposite and actually sucked up to India. They were too scared to sledge Kohli or the other Indian players because they had to play with them in April.”

Clarke believes that the Australian players are deliberately not bringing aggression when they are playing for the national side as they don’t want to put their IPL money at stake.

Michael Clarke has featured in the IPL when he played for Pune Warriors India. It is surprising to note the defensive approach from the Australian players as they are always known to play the hard way.

“Name a list of ten players and they are bidding for these Australian players to get into their IPL team. The players were like: ‘I’m not going to sledge Kohli, I want him to pick me for Bangalore so I can make my $1 million US for my six weeks’. I feel like that’s where Australia went through that little phase where our cricket became a little bit softer or not as hard as we’re accustomed to seeing.”

The IPL could be one of the reasons as suggested by Clarke. However, there is no doubt that the ball tampering scandal led to a change in the approach of the Australian players and they have surely mellowed down in aggression.