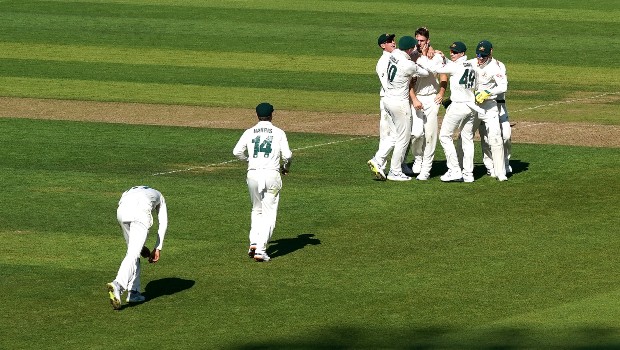 Australia’s white-ball tour to England in September has been confirmed, England and Wales Cricket board announced on Friday. Australia will play three T20Is and as many ODIs on the England tour. The tour was initially expected to take place in July but had to be postponed due to the coronavirus pandemic.

With England successfully hosting the West Indies in three Test match series and now hosting Pakistan, Cricket Australia and ECB have decided to give a green signal to the tour.

The three T20Is will be hosted at Ageas Bowl, Southampton on September 4, 6 and 8 whereas the three ODIs will take place at the Old Trafford Manchester on September 11, 13 and 16.

Meanwhile, Australia’s squad is expected to reach England on August 24 keeping the quarantine period in mind. The visitors will initially stay at Derbyshire and they would then travel to Southampton on 27 August for the T20I series.

England board CEO Tom Harrison gave his gratitude to Cricket Australia for agreeing to tour. Furthermore, Australia’s head coach Justin Langer stated that the board should try everything to keep the game on track during the health crisis. Langer also lauded the players for making a return to the game and maintaining their fitness levels during the lockdown.

Australia has also announced the 21-member squad for the England tour.

With the Australia tour getting completed on September 16, the players from both the teams who are involved in the IPL are expected to miss initial matches of the tournament. The IPL is all set to begin from September 19 in the UAE and the players will need to isolate themselves for six days upon their arrival in the country.

12 Australian players have signed up for the IPL and they are expected to miss a game or two in the initial stages of the tournament.