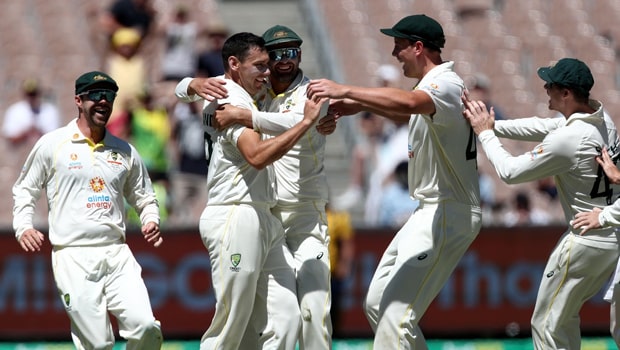 It was an eventful day on Monday as England fell to Australia for the third straight Test, giving the hosts the lead. Australia won the third test by one innings and 14 runs, and are now well on course to win the Ashes as there are just two more Tests remaining in the series. England was bowled out for just 68 as they ended the match 185. Australia finished 267.

Going by their performance so far, England risks suffering a whitewash as they have not been at their best since the series started.

Joe Root’s half century did not do much to help England, even though his presence on the pitch was of tremendous advantage to the visitor’s side. England made a series of changes before the Test at Melbourne but it did not prove to help them as they suffered an embarrassing defeat, which has become quite common for them when it comes to Tests.

Australia was quick to reduce England to just 31-4 in day two of the third Test. Scott Boland, who was making his debut for Australia, finished with 6-7 from four overs. He was also responsible for dismissing Jonny Bairstow and England’s skipper Root. Mitchell Starc, who was also making his debut, claimed two wickets for the home team.

Starc and Boland were largely responsible for sending England’s plan to disarray. The crowd could not keep still as they followed every move Boland made with cheers. Boland only entered the match as a replacement for a player who got injured.

As much as Australia played well, England suffered more because of their style of playing, which was lacking in rhythm. The team did not get to practice enough before heading to Australia for the Ashes, but that cannot be considered an excuse for what has been happening so far.

The fourth Test would begin on January 4. England’s focus now would be to prevent the series defeat from being more embarrassing than normal.