Home » Cricket » Australia’s approach has always been to win at all costs: Sunil Gavaskar on David Warner’s double bounce six off Hafeez

Australia’s approach has always been to win at all costs: Sunil Gavaskar on David Warner’s double bounce six off Hafeez 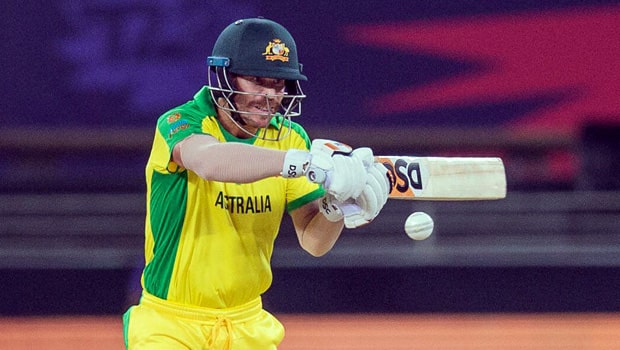 Australia’s opening batter David Warner came under scrutiny for the spirit of the game when he smashed Mohammad Hafeez for a six after the ball had slipped of off-spinner’s hand in the T20 World Cup semi-final clash. Former Indian opener Gautam Gambhir had lashed out at Warner and called the play against the spirit of the gentlemen’s game.

Commenting on the same, former Indian legendary batter Sunil Gavaskar stated that Australia has always had this mentality to win at all costs. On the other hand, New Zealand is always known to play the game in the right spirit and they are the epitome of perfect sportsmanship.

The same was on display when Kiwis opener Daryl Mitchell refused to take a single after colliding with England’s spinner Adil Rashid in the other semifinal clash. The match went down to the wire and that single could have been the difference between loss and a win.

Gavaskar compared both the scenarios in the latest column for the Telegraph as he wrote, “In T20 cricket, every dot ball is priceless and at that stage of the match, New Zealand could ill afford another score-less ball. Yet Mitchell kept the spirit of cricket in mind and won the hearts of every cricket lover by refusing to take the run.”

“The Aussies’ approach has always been to win at all costs, while the Kiwis will not consider that as the way they want to play. New Zealand will once again will the ICC Spirit of Cricket award once again, but the cricket world, apart from the Australians, would want to see Kane Williamson lift New Zealand’s second ICC trophy his year.”

Meanwhile, Daryl Mitchell was able to take his team over the line in the semifinal against England as he scored a fine knock of 72 runs off just 47 balls. On the other hand, David Warner also played an imperative knock of 49 runs against Pakistan.

In fact, Warner decided to walk off when there was a gap of day and night between bat and ball but he didn’t take a review after consulting with his batting partner, Glenn Maxwell, who like others had heard a sound.