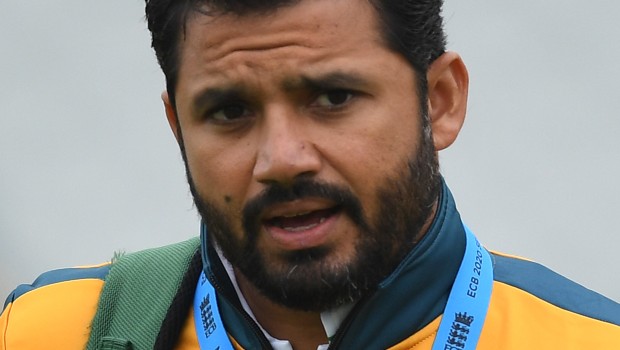 Pakistan Test captain Azhar Ali has heaped praise on his deputy Babar Azam. Ali feels the stylish right-hander is up there with the best in the business – Virat Kohli and Steven Smith. Babar Azam has shown the right promise to go a long way in his career and he is often compared with the likes of Virat Kohli.

There is no doubt that Babar is currently the best Pakistan batsman and there are a lot of expectations from him. Pakistan is all set to play the first Test match against England at Old Trafford, Manchester and the visitors would want their talented batsman to be at the top of his game.

Babar has played a solitary match in the English conditions and he would like to deliver the goods.

Meanwhile, the flamboyant right-hander has came up with impressive performances in the limited-overs format. In fact, he was able to get going in the Test fold as he has scored 1850 runs in 26 Test matches at an average of 45.12.

On the other hand, Virat Kohli had made his debut back in 2008 whereas Smith played his maiden match back in 2010. Babar Azam made his debut in 2015 and still has a lot to achieve at the top level. Both Kohli and Smith have got more experience but there is no doubt that Azam is on the right track.

Asked if Babar Azam can elevate himself to the level set by Virat Kohli and Steven Smith in the coming week, Azhar Ali said, “I think he is right up there already.

“People are thinking and talking about it. He is just hungry for runs and I think if he keeps doing that he will be up there for quite a long time

“His performances have improved massively in Test matches over the last year or so. Firstly he was performing really well in white-ball cricket and people thought he was only a white-ball player but he took on that challenge and played with a lot of freedom and flair.

The Pakistan skipper added Azam is a very important player to them and he wants to give him all the freedom to get the best out of him. Ali stated that the 25-year old should not feel any kind of pressure and he has got the skills to deliver the goods in the English conditions.

The first Test between England and Pakistan will begin at Old Trafford, Manchester today.