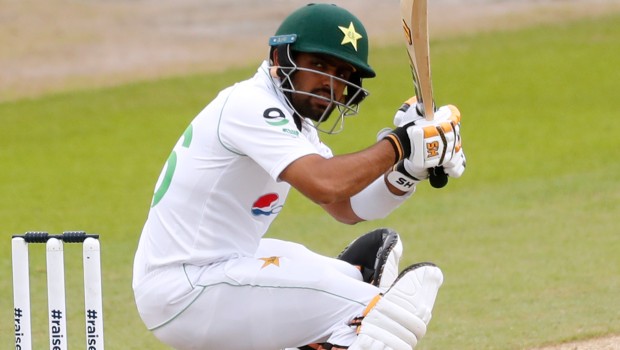 Former Indian opener and now a cricket commentator Aakash Chopra has stated that Babar Azam could not justify the ‘fab four’ tag. Chopra had recently put Babar Azam in the list of future ‘fab four’ of the cricket world. In fact, former England captains Nasser Hussain and Michael Vaughan had recently stated that Azam should be part of the ‘fab four’ after the right-hander had scored 69 runs in the first innings of the first Test.

However, Azam could not convert his starts into substantial scores as he scored 195 runs in five innings at an average of 48.75, including two fifties. Aakash Chopra stated that there are always high expectations from Babar Azam but he could not live up to them.

There is no doubt that the benchmark is high for Babar Azam and he could not do justice to the same in the recently concluded Test series against England. The right-hander is Pakistan’s best batsman but failed to come up with eye-catching performances.

“Babar Azam is a big name and hasn’t justified the tag of being part of the fab four. Started with a half-century and finished with a half-century. But was it good enough? It is fine for a lesser player but Babar will have to pay a huge prize for his own success and that’s how it should be, because you expect more from him,” said Chopra while talking on his YouTube channel.

Meanwhile, Aakash Chopra is all impressed by Pakistan’s wicket-keeper Mohammad Rizwan. The gloveman was brilliant behind the stumps and took almost every catch that came his way. Furthermore, Rizwan scored two half-centuries and also impressed with his skills with the bat. Chopra gave a rating of 8/10 to Mohammad Rizwan.

On the other hand, Chopra gave a rating for 5/10 to Pakistan captain Azhar Ali, who scored a fine knock of 141 runs in the first innings of the third Test and returned back to form.

Shan Masood, who scored a fine century in the first innings of the first Test received a rating of 6.5 from Aakash Chopra. Yasir Shah, who took 11 wickets, got a rating of 6/10 from Chopra.

England won the three-match Test series by 1-0 as they had won the first Test by three wickets. Pakistan will play the first T20I against England at Old Trafford, Manchester on 28th August.