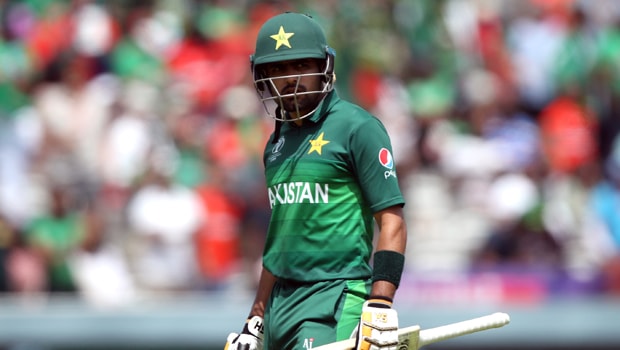 After bestowing Babar Azam with the T20I captaincy reins, the Pakistan Cricket Board has decided to appoint the youngster as their ODI captain. The 25-year old will now lead Pakistan in both the limited overs format. Azam was handed over the captaincy baton last year in the T20I format.

On the other hand, Azhar Ali will continue to lead Pakistan in the red-ball version, PCB has confirmed. Pakistan’s head coach and national selector Misbah ul-Haq made the announcement.

“This is absolutely the right decision as they also require certainty and clarity on their future roles. I am sure they will now start looking to the future and start planning so that they can build sides that can perform at the expected levels.”

Babar Azam has been Pakistan’s best batsman in the recent past and he has been given the big responsibility by the board. The prodigy batsman has shown the skills to go a long way in his career and the PCB will want him to grab the opportunity with both hands.

The 25-year old stylish batsman from Lahore has scored 3359 runs in 74 ODI matches at an impressive average of 54.17. The right-hander has also scored 1471 runs in 38 T20I matches at a staggering average of 50.72. The flamboyant batsman is also the number one batsman in the ICC T20I rankings and he has dominated the shortest format.

On the other hand, the talented batsman has scored 1850 runs in 26 Test matches at an average of 45.12. Thus, Azam has taken giant strides in his International career after making his debut back in 2015. He is mostly compared with Virat Kohli as he has got off to a promising start in his career.

Babar Azam has thus far led Pakistan in five T20I matches in his young captaincy career in which the team has won two and lost as many whereas one match ended in no result. The right-hander will like to lead from the front and it would be interesting how he is going to handle the captaincy pressure.