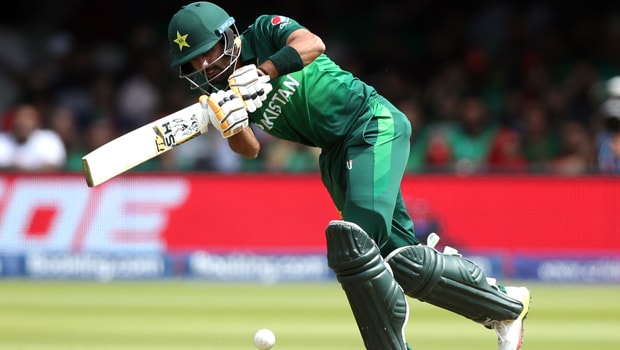 Pakistan limited overs captain Babar Azam has played down comparisons with Indian skipper Virat Kohli. Both the right-handers are often compared with each other by the cricket pundits in the modern era. However, Kohli has played International cricket for over a decade whereas Azam had made his debut back in 2015. Thus, it doesn’t make a lot of sense to compare the two.

In fact, former Pakistan batsmen Mohammad Yousuf and Younis Khan had also recently said that Babar Azam should not be compared with Virat Kohli as the Indian captain has more experience.

Babar Azam said that he is a different kind of batsman as compared with Virat Kohli and he doesn’t like to be likened with the Indian talisman. The Pakistan white ball captain added that his aim is to win matches for the team whenever he takes the field.

“I think it’s better if you are not comparing. I have said that he is a different kind of a player, and I am a different player,” Azam said during a press conference.

“I am only striving to bat well and help my team to victory every time I take to the field.”

Azam has been a consistent performer for his team in all the three forms of the game. Thus, the right-hander was bestowed with the ODI captaincy recently by the PCB. The stylish batsman was handed over the T20I leadership in the previous year and he has so far led the team in five T20Is.

Meanwhile, Pakistan has played most of its cricket in the UAE in the last decade. Hence, they have been used to playing without the big crowds. In the wake of the Covid-19, there is no doubt that the cricket world will get back to action behind the closed doors.

“We know better than other teams how it feels to play without a crowd having played most of our cricket in Dubai in the last 10 years.

“It’s not a great feeling for fans and it’s not great for us also.”

On the other hand, Azam has the experience of captaining Pakistan Under-19 team. The 25-year old added that he wants to be an attacking captain and wants to emulate Imran Khan’s leadership.

“You have to be a little controlled, inside you may feel angry but you have to be in control. I learnt this in under-19 [cricket]. In the ground, you may have to tone down the aggression and give the players confidence. If you back your players 110%, they’ll do that well. I want to be an attacking captain. I want to adopt the Imran Khan style.”