Babar Azam should be there in the IPL – Nasser Hussain 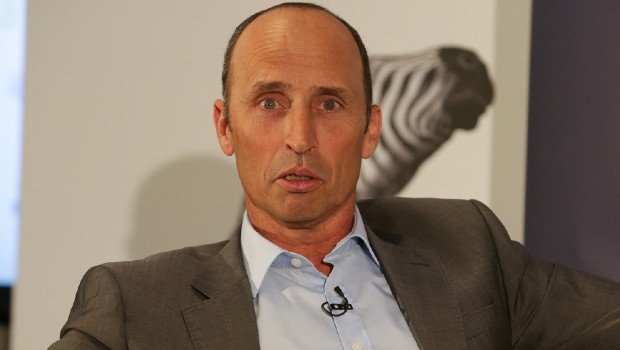 Former England captain Nasser Hussain has expressed his interest to see Babar Azam in the Indian Premier League. Hussain feels the stylish batsman should be allowed to play in the IPL, keeping all the political issues aside as he is phenomenal with the bat. Azam is the number one T20I batsman in the ICC rankings and has an average of more than 50 in the shortest format of the game.

On the other hand, Hussain had recently heaped praise on Babar Azam after he had scored a stylish knock of 69 runs on the opening day of the first Test match at Old Trafford, Manchester.

Hussain had stated that it should be ‘fab five’ instead of ‘fab four’ and Babar Azam should be part of the elite group as he has proved his mettle. The flamboyant batsman has an average of around 65 in the last 18 months in the Test fold.

Babar Azam has scored 1471 runs in 38 T20I matches at an impressive average of 50.72 and a strike rate of 128.14. The right-hander has been instrumental in the success of the team in the shortest format of the game.

The stylish batsman was the leading run-getter of the Vitality T20 Blast in 2019 as he had amassed 578 runs in 13 matches at an impressive average of 52.54 and a blistering strike rate of 149.35 while playing for Somerset.

“I don’t want to get into the politics of it but India and Pakistan not playing each other is like the Premier League with Manchester City not playing Manchester United, or Everton-Liverpool or Spurs and Arsenal”, Nasser Hussain commented.

“It’s the Pakistani players not being in the IPL. The IPL will start soon and Babar Azam won’t be there. He’s a phenomenal player and he should be there,” Hussain was quoted as saying.

On the other hand, Babar Azam remained unbeaten on the opening day of the second Test, which was dominated by England. The visitors are struggling at 126-5 and the onus will be on Babar Azam, who is batting unbeaten on 25 runs, to take them to a fighting score. The right-hander was beaten on numerous occasions outside the off-stump but he was able to hang on till stumps.

Meanwhile, the IPL is all set to begin from September 19 in the UAE.