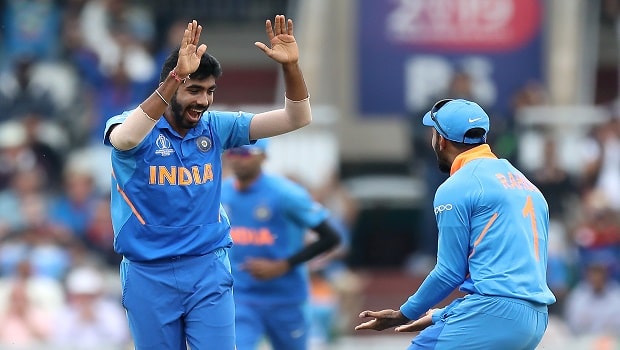 Former Indian pacer L Balaji is of the opinion that the Men in Blue need to reconsider their bowling combination.

This is because they have not been coping well without ace pacer Jasprit Bumrah. The pacer is currently out of the game with an injury.

They had been successful without Bumrah during the home Tests against South Africa and Bangladesh this season. Still, they are missing him in the ongoing limited-overs series against West Indies.

As it was glaring to the eyes of the pundits, Kieron Pollard’s side hardly broke a sweat during a run-chase of 288 at Chepauk on Sunday as the visitors met the target to win the game by eight wickets.

Balaji in an interview with Time of India (TOI) advised that India need to pick four specialist bowlers in the playing XI with all-rounder Ravindra Jadeja at No. 7.

With Bumrah and Bhuvneshwar injured, he noted that the ability to pick wickets is lacking as Bumrah, had created an aura in the recent past.

While lamenting that the men in blue are heavily dependent on the pacer, Balaji expressed believe that that ODI cricket is closer to Tests than an extended version of T20s.

He added that for Indi to succeed, the team needs to have a mindset of attacking and look for wickets during the first 40 overs and then look to save runs in the final 10 overs.

Balaji, however, noted that India would have to sacrifice a bit of batting depth in the coming matches to boost the bowling department rather than rely on the likes of Dube to complete his 10 overs.

While stating that he has nothing against Dube, Balaji said he could not be the third seamer after India had played with only three bowlers on Sunday which are Chahar, Shami and Kuldeep and the all-rounder Ravindra Jadeja.

He observed that wicketkeeper Rishabh Pant has been under huge pressure before his 71 on Sunday, and added that Chahar and Dube are new to the international level and need to be given time to learn their craft.

Balaji who wondered why Umesh Yadav was not part of the squad noted that at least he is better than Dube and Deepak, having delivered whenever he plays.