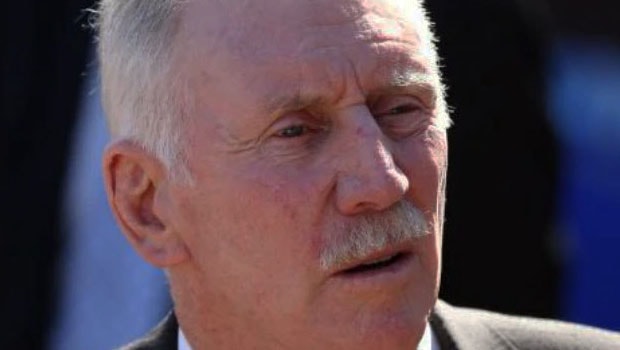 Former Australian captain Ian Chappell has suggested a major change in leg-before-wicket decision. Chappell, who is known for his brilliant analysis, feels any ball which is going on to hit the stumps without touching the bat first, should be given out by the umpire. The current LBW law states that if the ball is pitching outside the leg-stump, then it is considered to be ‘not out’.

Thus, we have often seen the batsman offer his pad to the ball instead of the bat if they are playing against spinners and the ball is pitching outside leg-stump. Chappell added that the pad is there to protect the batsman from injury, not from being dismissed. The former Australia skipper feels this change in law will make the game more balanced.

In fact, there is no doubt that many feel the laws are tilted in favour of the batsman and the bowlers often have to bear the brunt.

“The new lbw law should simply say: ‘Any delivery that strikes the pad without first hitting the bat and, in the umpire’s opinion, would go on to hit the stumps is out regardless of whether or not a shot is attempted’,” he wrote in a column for ESPNcricinfo.

“Forget where the ball pitches and whether it strikes the pad outside the line or not; if it’s going to hit the stumps, it’s out.”

On the other hand, Ian Chappell gave an example of positive play by Sachin Tendulkar when he was playing Shane Warne in the 1998 Chennai Test. The leg-spinner was bowling from round the wicket angle and he was trying to land his deliveries in the rough area outside the leg-stump. However, Tendulkar was well prepared to take on Warne and scored a blistering knock of 155 to put his team’s noses ahead.

Chappell added that the aficionados will obviously prefer to see Tenulkar’s type of knock rather than see a batsman just pad away the balls which are outside off-stump. Chappelli feels it will also encourage the bowlers to attack the stumps more, which would make the game more competitive. Similarly, it will force the batsman to play more with the bat while facing the spinner, who is bowling from round the wickets.

“It would also force batsmen to seek an attacking method to combat a wrist spinner pitching in the rough outside the right-hander’s leg stump,” said Chappell.

“Contrast Sachin Tendulkar’s aggressive and successful approach to Shane Warne coming round the wicket in Chennai in 1997-98 with a batsman who kicks away deliveries pitching in the rough and turning in toward the stumps. Which would you rather watch?

Ian Chappell is known to hit the nail on the head and he has once again provided great suggestions to the laws which MCC, (Marylebone Cricket Club) can consider.