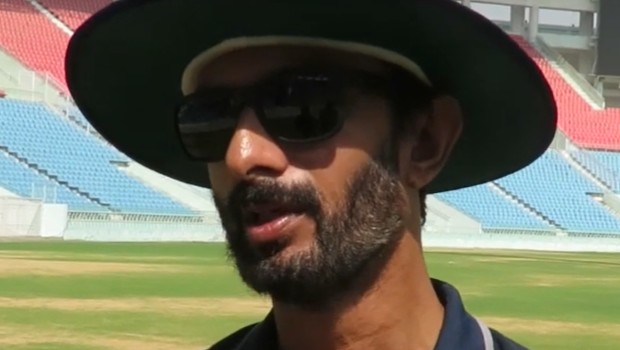 India’s batting coach Vikram Rathour believes that the batsmen will be at advantage if nothing is allowed to shine the ball. The ICC Cricket committee headed by Anil Kumble recently decided to ban the usage of saliva in the Covid-19 era. The decision was taken to make sure no risk is being taken after consulting with the medical experts.

However, the Committee has given a green signal to shine the ball with the help of sweat. In fact, it was recently reported that the ICC was contemplating making ball tampering legal but that thought has been put on the back burner.

Many former and current players feel the game will tilt in favour of the batsman if they are not given an alternative to shine the ball after the saliva ban.

On the other hand, Anil Kumble has suggested that the pitches can be made bowling friendly in order to help the bowlers. Kumble has also clarified that the saliva ban is an interim measure and their target is to kickstart the game as soon as possible.

Rathour feels the difference between the balance of bat and ball will not be huge if the bowlers are allowed to shine the ball with artificial stuff.

“If you are not allowed to put anything on the ball to shine, then yes, it could be an advantage for the batters,” Rathour told The Times of India. “But if you can use your sweat, or if the ICC allows some artificial stuff to shine the ball, then the difference would not be too big. As long as it is going to be the same for all the teams, it should be fine.”
On the other hand, many cricket pundits believe the bowlers will take longer to find their rhythm and fitness to be match ready as compared to the batsman. However, Rathour feels it would be equally challenging for both the batters and bowlers to hit the ground running after a long break due to Covid-19.

“It will be equally challenging for both – batsmen and the bowlers – to get back to their peak form after a long break like this,” he said.

Many players have suggested different ideas which can trouble the batsman and help the bowlers. It is not going to be easy for the bowlers to maintain the shine on the ball without the use of saliva. However, they will have to make a quick adjustment as they can not use saliva in Covid-19 era.

It would be interesting to note how the ICC will maintain the balance between bat and ball if no saliva will be used.