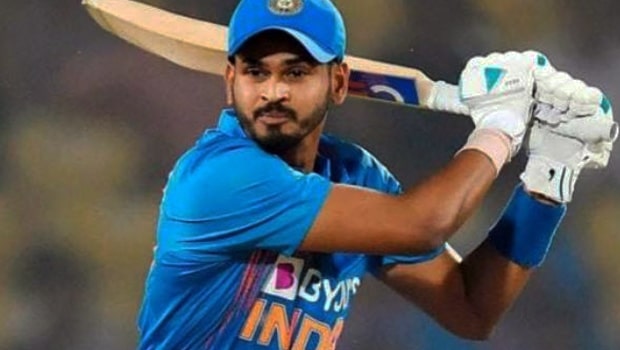 Batting at No.4 brings the best out of Iyer, EVEN IN T20s!

Shreyas Iyer has gone on to establish himself as India’s permanent number four batsman in ODIs ever since India’s shocking exit in the semi-final of the 2019 World Cup against New Zealand.

The right-handed batsman has amassed 321 runs in eight ODI innings since then at an excellent average and strike-rate of 45.85 and 108.08 respectively. These runs include four fifties as well which means he goes past the fifty-run mark once in every two innings. That is a remarkable consistency for any middle-order batsman and shows how good Iyer is in this role.

However, there has always been a perception that while Iyer may be a good number four in ODIs, the same can’t be said about him for T20Is. A faction of people have always been of the opinion that Iyer takes time at the start of his innings and accelerates as his innings progresses.

That starting time, in turn, isn’t something a team can always afford in T20s, especially in high run-chases. So, despite Iyer’s success in the role in ODIs, the Indian management’s choice to play him in the same role had drawn a lot of criticism of late.

Shreyas Iyer was brilliant in the first #NZvIND T20I 👏 pic.twitter.com/2UaaVP4AH5

But Iyer silenced all his critics with breathtaking batting performances in the first two T20Is of the ongoing five-match series against New Zealand. He scored an unbeaten 58 off just 29 deliveries to chase down a daunting target of 204 runs in the first T20I and then followed it up with a well composed knock of 44 off 33 deliveries to power India home in yet another comfortable chase in the second match, all while batting at number four.

Apart from his one innings which ended up with a return of just six runs in 2017, Iyer has batted at number four on five other occasions in T20Is for India. And all of them have been since November 2019. The Mumbai batsman has amassed 210 runs during this period at an outstanding average and strike-rate of 70.00 and 173.55 respectively.

In fact, his overall numbers in all T20s will show how wrong people’s perception about him as a slow scorer has been.

Of all the positions Iyer has batted at in T20s, he has the best combined returns of average and strike-rate at number four. His average of 32.47 at four is as good as his average at the top of the order. And his strike-rate of 139.28 at this position is far better than what is visible at other batting positions.

So these numbers completely debunk the theory that Iyer isn’t as good a number four in T20s as he is in the one-day format. In fact, batting at this position brings the best out of him, irrespective of the formats.