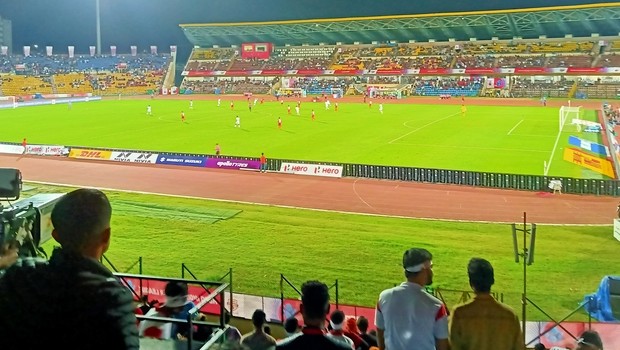 It is reported that the Board of Control for Cricket in India is eyeing to host the Indian Premier League from September 26 to November in the UAE. However, the broadcasters, Star Sports is not happy as it wants the final to be played in the week of Diwali, to make the maximum revenue.

Star has already lost a whopping amount due to the lockdown situation in the country because of the coronavirus pandemic. Hence, the IPL broadcaster wants to make good revenue by running the ads during the festive season.

However, Diwali is on 14 November and if the BCCI delays the final to Diwali week, it would be an issue for their upcoming tour to Australia. If the IPL finishes on November 8, then the Indian players can travel to Australia on November 10 after their Covid-19 tests.

Consequently, the Indian team  would have time to quarantine themselves in Australia and also play a warm-up match. Virat Kohli’s men also want to play a pink-ball warm-up match to get themselves used to conditions.

India will play their Test match against Australia at the Gabba, Brisbane from December 3. Due to the current pandemic situation, every time has to travel before time to quarantine themselves.

In fact, it is seen as an advantage if the team reaches the opposition country earlier to get acclimatise to the conditions. After losing the Test series against England in 2018, Indian captain Virat Kohli had made a point that it would make sense to take care of the travel in advance.

“If the IPL concludes by November 8, the team can fly to Australia by the 10th, undergo Covid tests and start practice and warm-up matches so that the first Test can begin as scheduled,” a senior board official told TOI.

“Also, India might want to play a day-night warm-up game ahead of the proposed day-night Test, and that will add days to the schedule,” the official added.

Meanwhile, the BCCI is waiting for the ICC official decision to postpone the T20 World Cup and thus they can plan ahead for the lucrative T20 league. Earlier, BCCI president Sourav Ganguly had stated that the first priority is to host the event in India but is unlikely to happen given the rapid increase in the number of coronavirus cases in the country. Consequently, UAE is expected to host the glamorous T20 league.

IPL will take place behind closed doors and if it won’t happen in 2020 then the Indian board will suffer a huge loss of INR 4000 crores.