BCCI looking at all options to host IPL 2020, including playing behind closed doors – Sourav Ganguly 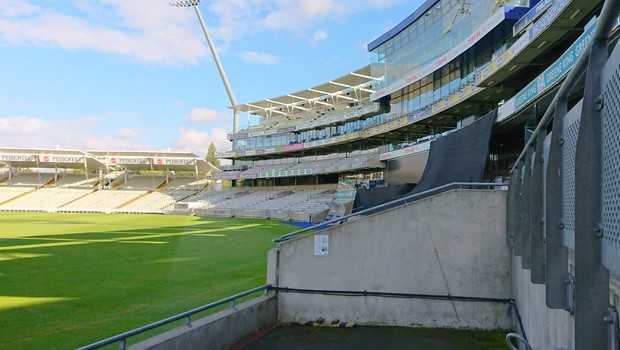 The Board of Control for Cricket in India president Sourav Ganguly has confirmed that the Indian board is looking at all viable options to stage the Indian Premier League 2020. The BCCI is open to host the tournament behind closed doors as it won’t be feasible to get the crowd in the Covid-19 era.

Ganguly stated the same in his letter which was addressed to all the affiliated members of the Indian board. The IPL was to originally begin from March 29 but it was later postponed indefinitely due to the coronavirus pandemic.

Meanwhile, it was reported that the IPL can take the October-November window if the T20 World Cup is postponed. However, as per the latest development, ICC has postponed their decision on the global event to July to give themselves the best chance to host the event.

The letter from Sourav Ganguly states, “The BCCI is working on all possible options to ensure that we are able to stage the IPL this year, even if it means playing the tournament in empty stadiums”.
Ganguly added that the Indian board will work on developing Standard Operation Procedure for the state association for the Covid-19. This will help the different state associations to resume cricket in their respective areas.

“The BCCI is in the process of developing a COVID-19 Standard Operation Procedure (SOP) for all State Cricket Associations. Essentially this SOP is being made with a view of providing our Members with a standard set of guidelines which will help the associations to resume cricket in their respective areas,” Ganguly wrote in his letter to all affiliated members.

The BCCI will need to take the right steps to resume cricket action in the country. Earlier BCCI treasurer Arun Dhumal had stated that the Indian board is open to host the IPL overseas if they don’t get permission from the Indian government. In fact, Sri Lankan Cricket and UAE board have extended helping hands to host the IPL.

On the other hand, it is also well known that the BCCI will suffer a huge loss of INR 4000 crores if the IPL doesn’t happen. Thus, the IPL makes the bigger slice of the cake of the revenue for the Indian board and they will try their best to host the event in 2020.

The cricket action will return with the Test series between England and the West Indies and it will give an indication to BCCI on how they can move forward.

If the IPL takes place in India, the travelling restrictions will need to be lifted as the foreign players play a key role in the tournament.