Ben Stokes named leading cricketer of the year 2019 by Wisden 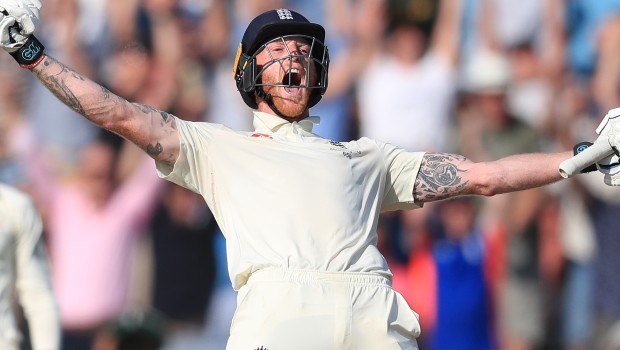 England’s all-rounder Ben Stokes has been named as the leading cricketer of the year 2019 by Wisden. Stokes has become the first English player since Andrew Flintoff last won the prestigious award 15 years ago in 2005. The talisman all-rounder, Stokes had a dream year as he ticked all the right boxes in 2019.

Ben Stokes had a memorable year as he scored 465 runs at a staggering average of 66.43 in ICC World Cup 2019. Furthermore, he scalped seven wickets in the 11 matches of the ODI showpiece. Stokes also scored a fine knock of 84 runs in the nail-biting final against New Zealand. Thus, he was awarded the Man of the match.

Moreover, Stokes continued his dream form going into the Ashes 2019. The southpaw was the second highest run-getter of the series as he amassed 441 runs in the Ashes. The left-hander also played a piece de resistance knock of unbeaten 135 at Headingley to keep England afloat in the series. He also snared eight wickets in the series.

Meanwhile, India’s captain Virat Kohli was getting the leading cricketer of the year by Wisden in the last three years.

The Wisden editor, Lawrence Booth, says: “Every so often, an England cricketer joins the national conversation. First among equals is WG Grace, because he put the sport on the map. But others have kept it there: Hobbs, Hutton, Compton, Botham, Flintoff, Pietersen and now Stokes. Of the three modern all-rounders, Stokes can be the greatest.”

Stokes has been instrumental in the success of England cricket and he has delivered the goods with both bat and ball. The all-rounder is consistent in all the three forms of the game.

On the other hand, Stokes has scored 2920 runs in 95 ODI matches at an average of 40.64. He has snared 70 wickets in the 50-overs version. Moreover, Stokes is a gun fielder and saves a lot of runs for the English team. Stokes will aim to continue the same form going in the upcoming time for England.