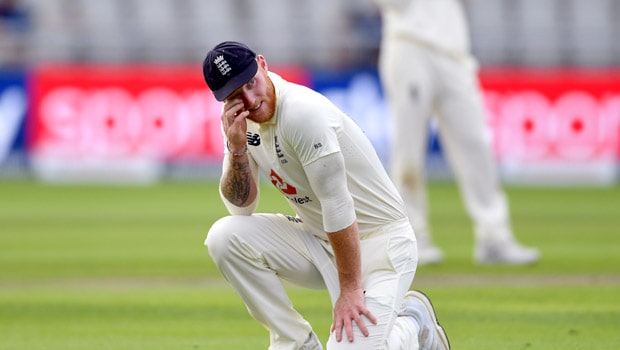 England’s talisman all-rounder Ben Stokes has pulled out of the ongoing three-match series due to the family reasons. Stokes’ father Ged had been hospitalised during England’s tour to South Africa last year and since then has been recuperating in Christchurch, New Zealand. Stokes will now travel to New Zealand this week, the England and Wales Cricket Board announced in a statement on Sunday.

This is a big blow for England as Stokes has been in sublime form in the recent past. The linchpin all-rounder didn’t have the best out of the first Test match against Pakistan at Old Trafford, Manchester. The left-hander was dismissed for nought and could only score nine runs in the second dig.

However, Stokes was able to deliver the goods with the ball in the second essay. He was initially not expected to bowl in the first Test but stepped up when his team needed him. The right-arm pacer took two wickets for 11 runs, to help England get back into the contest.

“Stokes will leave the UK later this week and travel to New Zealand,” said an ECB statement. “He will miss England’s two Test matches against Pakistan at the Ageas Bowl (starting) on Thursday 13 August and Friday 21 August.”

Stokes has been in sublime form in the recent past and his services would be badly missed by England. In the absence of Ben Stokes, Jos Buttler will play deputy to England captain Joe Root.

England took a 1-0 lead in the three-match series after winning the first Test match by three wickets and the second match will take place at Ageas Bowl, Southampton from August 13..