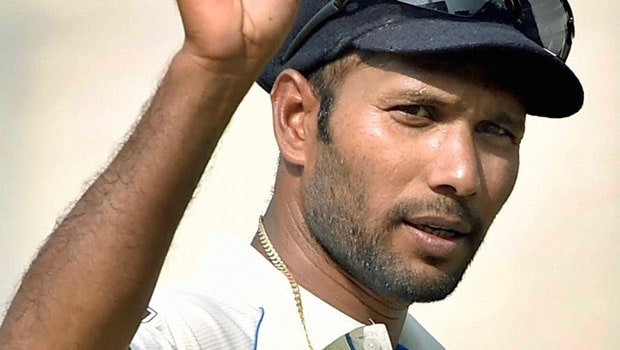 Veteran Bengal fast bowler Ashoke Dinda has decided to retire from all forms of the game with immediate effect. Dinda made the announcement while addressing the media in Kolkata on Tuesday. The right-arm pacer made his debut for the Indian team back in 2009 against Sri Lanka in a T20I match. Dinda had returned with figures of 1-34 in his three overs.

Subsequently, Dinda made his ODI debut against Zimbabwe in 2010 but went wicketless. Dinda played 13 ODI matches in which he scalped 12 wickets whereas he snared 17 wickets in the nine T20I matches he played for the national team. However, he couldn’t cement his place in the national team.

Dinda played a total of 116 first-class matches for Bengal, in which he claimed 420 wickets at an average of 28.28. In his List A career, he played 98 matches while bagging 151 wickets- all of which came for the Bengal cricket team. He last appeared in a T20 game for Goa, last month, in the Syed Mushtaq Ali Trophy.

Meanwhile, Ashoke Dinda was dropped from the Bengal team by the Cricket Association of Bengal in December 2019 during Ranji Trophy when he abused the team’s bowling coach Ranadeb Bose. CAB asked Dinda to apologize for his action but the fast bowler refused to do so.

Dinda gave his gratitude to his parents and former Bengal captain Sourav Ganguly, who played a key role in his career.

“I am today retiring from all formats of cricket. I have sent the mails to BCCI and GCA to this effect. There have been several people who have helped me throughout my career whom I would like to thank beginning with my parents. Then it’s Dada (Sourav Ganguly). It is because of him that I got to play for Bengal and when as skipper he stood at mid-off he would always guide and encourage me,” talking to the media at the CAB, Dinda said.

On the other hand, Dinda also played in 78 IPL matches in which he scalped 69 wickets at an average of 30.04. Dinda was often trolled for his high economy-rate but he did a decent job as he conceded his runs at an economy of 8.2 and thus it was a tad unfair to criticize him.