Betting tips for the fifth Test match between England and India 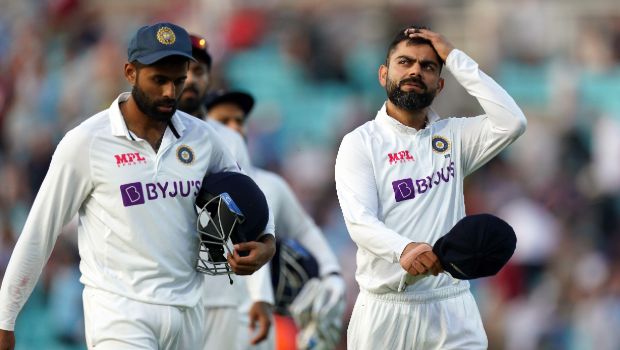 England and India will face off each other in the fifth and final Test match of the series at Old Trafford, Manchester from Friday.

India had taken lead a 2-1 lead after they won the penultimate Test match by 157 runs as they come up with a collective team effort. The visitors will aim to clinch their first Test series in England since 2007 whereas the hosts will look to draw level in the series.

We have got some useful Betting tips for you that can help you in placing the right bets. We will discuss current form, head-to-head, stats, and players to watch out for in the upcoming match.

India came up with an inspiring performance at Oval after they were able to produce a result on a flat pitch. Rohit Sharma scored a fantastic hundred whereas Shardul Thakur delivered with both bat as well as the ball. Furthermore, Jasprit Bumrah bowled the spell of the series as he breathed down the neck of the opposition batsmen. However, India could make a few changes to their playing XI.

England was in a good position after they had skittled India at 191 in the first innings but could not take a big advantage as they took a lead of 99 runs and kept India in the game. The hosts have been heavily reliant on the shoulders of Joe Root, James Anderson, and Ollie Robinson. The addition of Chris Woakes was a boost for the team in the previous Test. England will need to come up with a collective team effort to get the better of the potent Indian team.

Players to look out for: Virat Kohli will aim to get a big score whereas in-form opening pair of KL Rahul and Rohit Sharma will hold the key for the visitors. Jasprit Bumrah and Mohammed Shami will be the crucial bowlers for the tourists.

Joe Root and James Anderson have been the fulcrum of England’s team. Furthermore, the likes of Chris Woakes, Moeen Ali, Jonny Bairstow, and Ollie Robinson will play a key role.