Bharat Arun reveals how Jasprit Bumrah was given Test call-up 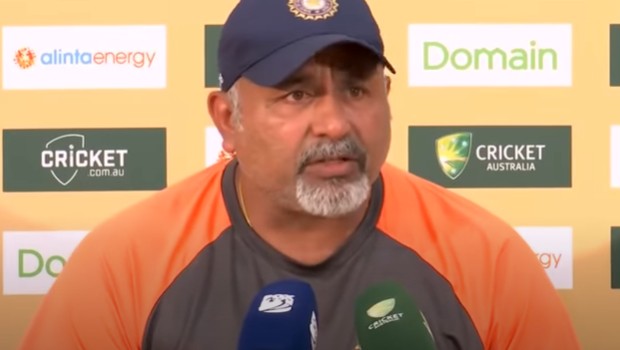 It is always a big dream for any budding cricketer to represent the country in Test matches. The Test format is the ultimate format of the game and one always wants to excel in it. India’s bowling coach Bharat Arun has revealed how Jasprit Bumrah was given a Test call-up.

Bumrah had impressed with his skills in the limited-overs format and he was knocking hard on the Test selection doors with his consistent performances. Subsequently, India’s head coach Ravi Shastri thought it would be a right time to give a Test call-up to Bumrah. Shastri told Bharat Arun that he should inform the youngster that he is going to be part of the Test squad for the tour of South Africa 2018.

“It is very unfair to say that I am the one who picked Bumrah for Tests. In all fairness, it was Ravi Shastri who really wanted Bumrah.” Arun revealed during his live session on Facebook for Sportskeeda with Indranil Basu.

Subsequently, Bumrah went on to make his Test debut against South Africa at Newlands, Cape Town. The right-arm pacer struggled in his maiden innings as he could scalp a solitary wicket. However, he bounced back in the second dig to take three wickets.

Meanwhile, Arun went to tell Bumrah that he should be up and ready for the South Africa tour. Bumrah was on cloud nine after hearing the good news and prepared well for the series.

“So, he said ‘I would give anything to be a Test match bowler and I would work towards it’. Truthfully, it was Ravi Shastri’s idea and Bumrah was right up to the challenge,” the 57-year-old further added.

In his only third Test, Bumrah scalped a five-wicket haul against the Proteas and showed that he belonged at the Test level. Many people had doubts over Bumrah’s success as a Test bowler but he was able to rise to the challenge. In fact, there is no doubt that he still has a lot to prove as he is young in his career.

Bumrah has had a great start to his Test career as he scalped 68 wickets in 14 Test matches at an average of 20.34. The right-arm pacer from Gujarat was the leading wicket-taker on the Australia tour in 2018-19 as he snared 21 wickets in four Tests.