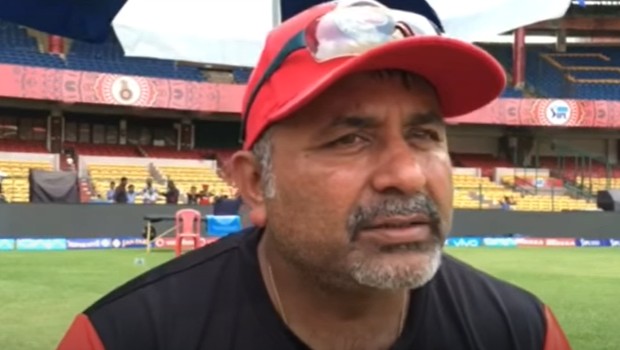 India’s bowling coach Bharat Arun has revealed why he didn’t change Jasprit Bumrah’s unconventional bowling action. Arun stated that if a bowler has an awkward action but he is effective then it is not prudent to ask him to change his action. As Bumrah has an unconventional action, Arun is aware that he is putting extra strain on his body and as a coach, it is his job to manage his workload in the training sessions.

Bumrah has a short and stuttering action and he puts a lot of force on his body in the final strides of his action. The momentum comes at the last minute and thus it may put a load on his body with time. In fact, Bumrah had jokingly said that he had tried the long run-up but his speed is the same, so why should he run longer.

Bumrah has been bowling with the same action since his childhood days and it is not easy to change one’s action as the bowler might not find his impetus. In fact, Bharat Arun also admitted that there is no guarantee that Bumrah would be as effective as he is, if the bowling action is altered.

“If bowlers having unconventional action are being effective, then I wouldn’t recommend changing their action,” Arun said on Inside Out, a show hosted by India women team coach WV Raman.

In fact, many cricket boffins had raised doubts over the bowling action of Jasprit Bumrah and they thought that he would not be able to savour success at the top level. However, Bumrah has let his sublime performances do all the talking for him.

The right-arm pacer has got all the arrows in his quiver. Bumrah can swing the ball at express pace and has a deadly yorker under his belt.

“Changing his bowling style might not have guaranteed the bowler’s performance at his optimum level. So rather than trying to change him, we might as well make him stronger physically in all the different parameters of fitness so that he is able to take the rigours of conventional action,” he said.

Jasprit Bumrah has savoured great success and a lot of credit also goes to Bharat Arun in guiding the youngster on the right path. Bumrah had a great start to his Test career as he has already scalped 68 wickets in 14 matches. The Gujarat pacer had played a key role in India’s maiden Test series win on the Australian soil in 2018-19 as he snared 21 wickets in four matches, to finish as the leading wicket-taker.