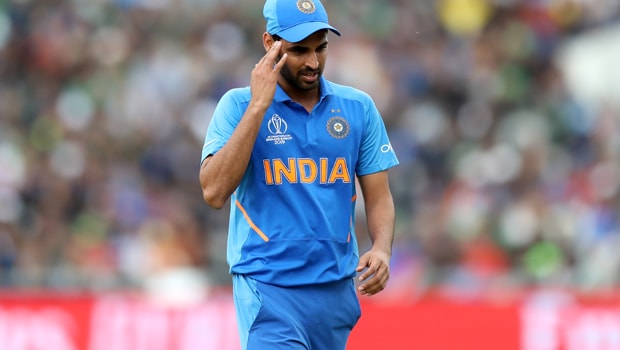 India’s swing master Bhuvneshwar Kumar has given credit to former Uttar Pradesh skipper Mohammed Kaif for helping him dismiss the legendary Sachin Tendulkar for his first-ever Ranji Trophy duck. It was the 2009 Ranji Trophy final when Kumar got the ball to swing back into the right-hander.

Tendulkar got a big forward stride but could only manage an inside edge on to his pads and the ball ballooned on the leg-side. Mohammed Kaif, the UP captain, had placed a fielder for the inswinger and Bhuvneshwar recalled that it was neither at short-leg nor at mid-wicket.

Shivakant Shukla, who was placed at the position, took a fine catch diving forward and Bhuvneshwar celebrated the biggest wicket of his domestic career. It was the solitary occasion when the Master Blaster was dismissed without troubling the scorers in his illustrious domestic career.

Bhuvneshwar had a great match as he scalped a five-wicket haul in the first dig and he was also on a hat-trick but was denied by Ajit Agarkar. However, Bhuvneshwar Kumar’s efforts went in vain as Mumbai won by a gargantuan margin of 243 runs.

“When it comes to Sachin’s wicket, then I would say I was lucky because the position where Sachin got out was neither short-leg nor mid-wicket, so the credit goes to Mohammad Kaif who was my captain at that time”.

“He set the field, and I just bowled an inswinger, and eventually, it happened,” Bhuvneshwar said while talking on Youtube show Double Trouble hosted by Smirti Mandhana and Jemimah Rodrigues.

Uttar Pradesh might have lost the final against domestic giants, Mumbai but Bhuvneshwar Kumar was able to make a name for himself after becoming the first bowler to dismiss Tendulkar for nought in domestic circuit.

The dismissal gave a shot in the arm to the swing master and he made his International debut in T20Is and ODIs against Pakistan in the fag end of 2012.

The Uttar Pradesh bowler was recently out of the game because of Sports Hernia injury. Bhuvneshwar has snared 132 wickets in 114 ODI matches whereas he has claimed 41 wickets in 43 T20I matches. However, he is out of the reckoning from the Test side as he played his last Test back in early 2018.