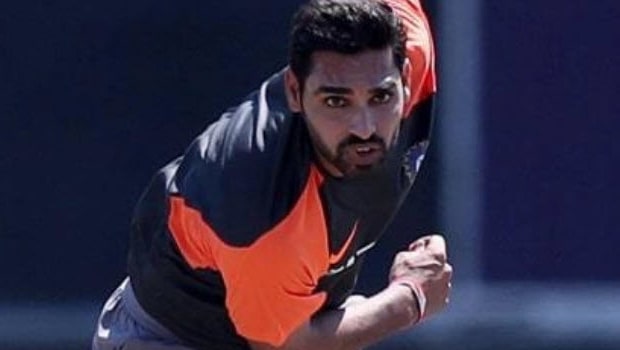 Team India were pushed to bring out their A-game in the second ODI against Sri Lanka. What would’ve been a straightforward run-chase, judging by the form of the batsmen from the first ODI, became a complicated one when wickets were lost early.

It required a titanic effort from the tailenders led by Deepak Chahar to deny the hosts a win and the opportunity to bounce back in the series. Veteran bowler Bhuvneshwar Kumar partnered Chahar during that tense run-chase and compared the situation to the Pallekele ODI win against Sri Lanka in 2017.

In that game, Bhuvi and MS Dhoni were involved in a historic and match-winning eighth wicket partnership. After India were reduced to 131 for seven, the duo stitched an unbeaten century stand and took India past the finishing line. In yesterday’s One Day match, the current vice-captain shared an 84-run stand with fellow pace bowler Deepak Chahar after India were struggling at 193 for seven.

“The situation was similar to that match (Pallekele 2017). We aimed to bat till the last over. We wanted to bat as deep as possible,” said Bhuvneshwar Kumar in the post-match press conference.

Back in 2017, the message from Dhoni – often the mastermind of several iconic run-chases – was simple. “Bat like how you do in Tests.” He followed that advice and even outscored Dhoni on that occasion.

This time around, despite being the senior, Bhuvi was more than happy to play second fiddle to Deepak Chahar. It was Chahar’s natural game that always kept India in contention when the required run rate crept up. Deepak Chahar ended up scoring an unbeaten 69 off 82 deliveries and was deservedly awarded the Man of the Match.

Bhuvi further revealed that they were hardly focusing about the result and instead, their focus was on dealing with one ball at a time.

“We didn’t think at any specific time that let’s take it on from here. We were batting one ball at a time. At any stage (during the partnership), we thought about winning or losing as the plan was to keep batting till the end and play according to the situation. Deepak [Chahar] wasn’t letting the required run-rate climb much above six and was playing his shots,” added Bhuvneshwar Kumar.