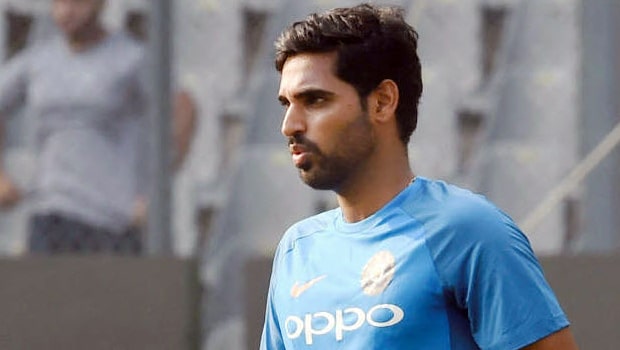 Recently it was reported that Bhuvneshwar Kumar wants to only concentrate on his limited-over career and he doesn’t want to play Test match cricket for the Indian team. Bhuvneshwar Kumar was not even selected for the tour of England and those reports looked to be true.

However, the swing fast bowler squashed those reports and stated that he wants to play all the three formats of the game. Meanwhile, Bhuvneshwar has been troubled by injuries in the recent past and thus he hasn’t been at his absolute best. In fact, it was one of the reasons that he wasn’t picked for the WTC Final squad and the Test series against England.

On the other hand, it is now reported that a call on Bhuvneshwar Kumar’s Test future will be decided after the T20 World Cup in the UAE. Bhuvneshwar is currently part of the limited-overs side on the tour of Sri Lanka and he is serving the role of the vice-captain in the white ball series.

“The board had a discussion with Bhuvneshwar. It has been decided that he won’t be pushed to play Test cricket before the T20 World Cup. He has to first play three-four First-Class games. He hasn’t played the longer format for over three years. There’s a chance of him breaking down if he suddenly resumes playing Test cricket,” a top BCCI official said TOI.

On the other hand, a lot of cricket experts like Sunil Gavaskar and Aakash Chopra had stated that Bhuvneshwar Kumar would have been handy in the English conditions in the World Test Championship final against New Zealand but he was not picked due to his fitness issues.

The fast bowler from Uttar Pradesh played his last Test match back in 2018 against South Africa and since then hasn’t been part of the Test squad due to injuries.

Meanwhile, Bhuvneshwar scalped four wickets in the first T20I against Sri Lanka as Team India won convincingly by 38 runs on Sunday to take a 1-0 lead in the series.