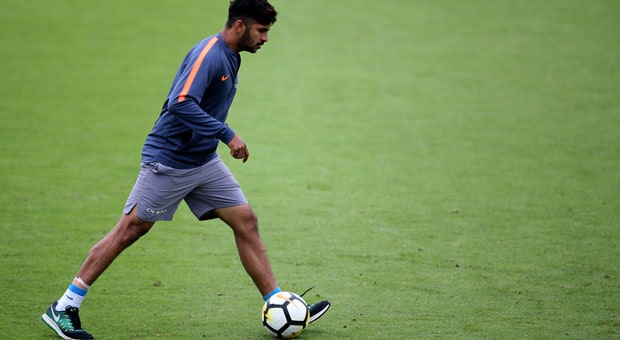 India’s fast bowler Shardul Thakur stated that he and Washington Sundar have the temperament to succeed at the Test level. Both Sundar and Thakur scalped three wickets each in Australia’s first innings. Thakur had scalped a wicket on his first ball of the Test match as he dismissed Marcus Harris whereas Washington got the big wicket of Steve Smith, when he was well settled.

Washington, 21, is playing his first Test match whereas Thakur is playing only his second game. Meanwhile, both of them played a huge part in getting India out of the troubled waters when the visitors were 186-6. The tourists were still trailing by 183 runs at that stage and Washington and Thakur were able to get India back into the contest.

Washington showed a great technique whereas Thakur punished anything that was short and wide. In fact, Thakur got off the mark with a six against Pat Cummins whereas Sundar played some good shots throughout his innings.

Both the batsmen showed great fight despite being on the backfoot and showed great character while playing against relentless Australian bowling line-up. The pair added a fine alliance of 123 runs for the seventh wicket and got India back into the contest.

The visitors were able to post 336 runs and a lot of credit goes to Washington Sundar and Shardul Thakur as they scored 62 and 67 runs respectively.

“Both of us have that temperament to succeed at this level, honestly we were not looking at the scoreboard, the idea was to spend some time in the middle. We knew their bowlers were tiring, it was a matter of one hour, if we hung in there for one more hour then probably we would be on the top,” Shardul Thakur said in the virtual press conference.

“Both of us were communicating really well in the middle, if someone was losing control or trying a rash shot, we were immediately communicating that let’s get back to normal,” he further added.

Thakur added that the plan was to put the loose deliveries away and respect the good ones. Once the field was spread by Tim Paine, both the batsmen showed great maturity in rotating the strike.

Both Washington and Thakur have kept India in the game with their fighting knocks and the visitors will be looking to keep Australia under 200 to give themselves a chance.