Home » Cricket » Boult: I can’t wait to get Kohli out

Boult: I can’t wait to get Kohli out 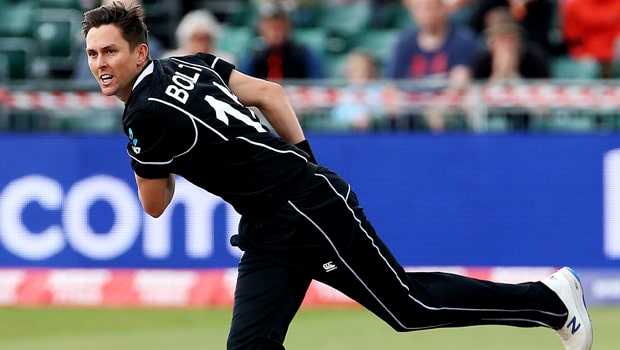 Ahead of the two-Test series that is starting in Wellington on Friday, fit-again New Zealand bowler, Trent Boult says he is ready to challenge India captain Virat Kohli.

Boult has been out of international cricket for about six weeks due to a right-hand fracture sustained during the Boxing Day Test against Australia. This also forced him out of the limited-overs leg of the India series.

The top pacer said that the main reason for playing the game was to get players like Kohli out and test himself against them.

The left-arm fast bowler who described the Indian skipper as an exceptional player said he couldn’t wait to go back to the field and do what he loves.

It could be recalled that it was a nightmare for the Black Caps in their last Test series in Australia as they were whitewashed 0-3.

While noting that India will be a tough test, Boult who noted that they are currently on top of the ICC Test Championship said they are very clear on their game plan.

Speaking on the team’s outing in Australia, the fast bowler said it was a tough learning curve for his lads but said it’s a good thing to see the team bouncing back from that.

Speaking further ahead of Friday’s game, Boult who will be having fellow seamers playing in conducive conditions said he is preparing for a solid wicket.

He said the condition is usually good in Wellington and it stretches the full distance, adding that he always enjoy playing there.

Looking forward to making history, he said it’s going to be an exciting week building up.

The 30-year-old pacer who has taken 256 wickets from 65 Tests described watching his side get walloped 0-5 in the T20 series as frustrating. But he is delighted that they bounced back in the subsequent one-dayers where the Black Caps walloped the visitors 3-0 in the 50-over format.

Now putting the past six weeks behind him, Boult said all he wants to do is to go back to the field and do his thing.