Home » Cricket » Bowlers’ aggression has to come from within – Curtly Ambrose

Bowlers’ aggression has to come from within – Curtly Ambrose 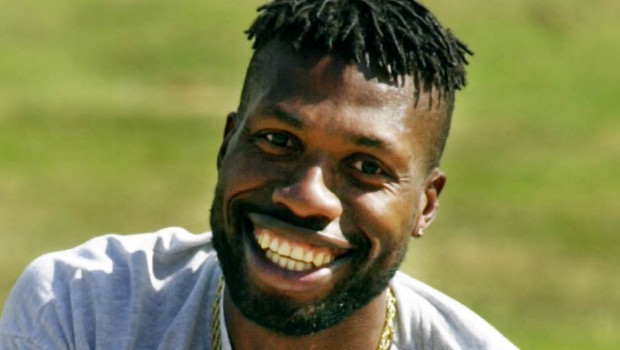 Former legendary West Indies fast bowler Sir Curtly Ambrose stated that the bowlers aggression has to come from within themselves. The former lanky pacer feels that no coach or mentor can teach a bowler how to be aggressive. In fact, if it doesn’t come naturally to a bowler, then there is no use of trying to adopt it.

A bowler must be authentic to his personality. Aggression plays a key role in the success and it doesn’t mean that one must sledge to be aggressive. A bowler can be aggressive in many ways, whether it is his plans to outsmart the batsman or the fields he sets or the line and length he bowls.

Curtly Ambrose was one of the most successful bowlers of his era and breathed down the neck of the opposition batsmen with his pace and bounce. Ambrose was known to give nothing away to the batsman and made good use of his height to hit the pitch hard.

“I don’t think you can teach a bowler to be aggressive – it has to be something within you. You can try but if a bowler doesn’t have it inside of him, it probably won’t work. For me it worked because I am naturally aggressive while I am competing. It naturally flowed for me,” Ambrose told Sky Sports.

Ambrose recalled that it was Andy Roberts who told him to be always aggressive as a fast bowler. The tall fast bowler was successfully able to take in that advice, which did him a world of good in his illustrious career.

“One of the things he (Roberts) mentioned to me was to always be aggressive, to always get under the skin of batsmen. That stuck in my mind coming from a great man like him,” he said.

On the other hand, Ambrose revealed that the sledging was never the West Indies way of playing the game. The Windies bowlers have always believed in letting their ball do all the talking for them. Ambrose added that a bowler doesn’t need to sledge the batsman if he can bowl thunderbolts at 90 mph.

“If you are good enough at what you do, you let the five and a half ounces (the cricket ball) do the talking for you. If you keep sledging, you probably aren’t any good. That wasn’t the West Indian way. Five and half ounces coming at you at 90mph is more than enough!” the 56-year-old said.

Curtly Ambrose is one of the all-time greats of the game and he had a great alliance with Courtney Walsh. Both of these fast bowlers wreaked havoc in the opposition and got under the skin of the batters. Ambrose snared 405 wickets in 98 Test matches at an impressive average of 20.99.