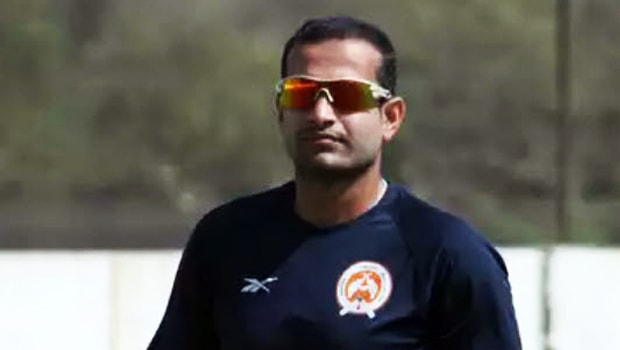 Former Indian swing bowler Irfan Pathan reckons the bowlers should forget reverse swing till the saliva ban stays. The saliva helps in making one side of the ball heavier and thus the bowlers are able to get the ball to tail back into the batsmen, when it gets old. However, as the bowlers have not been able to use saliva on the ball, they will not be able to reverse swing the ball.

There is conventional swing on offer when the ball is new and it moves both ways. However, there isn’t much help when the ball gets old. Sweat is allowed by the ICC but it doesn’t quite serve the same help to the bowlers as compared to saliva.

Pathan feels that the pitches can be made 60-40 in favour of the bowlers and thus they can get more seam movement if they hit the seam on the pitch.

“Since saliva is thicker, it affects reverse swing more than conventional swing which requires sweat for shining the ball. Till the pandemic is there and the rule stays, the bowlers will have it a bit tougher than usual,” Pathan told PTI.

Asked about the solution, Irfan said, “Simple. Allow use of external substance or else for some time forget that reverse swing exists. Make pitches that will be conducive to seam bowling.”

“If you ask me, keep a bit of moisture to make it 60/40 in favour of bowlers. If there’s moisture, the ball would grip the surface and then both sweat and saliva are out of the equation. “Aap phir seam hit karo, harkat hoti rahegi (hit the seam and the ball will move around). Or else there will be dead rubbers,” Pathan explained.

It is a tricky situation for the bowlers and the same was palpable in the first Test match between England and West Indies. After the first few overs, there wasn’t much help for the fast bowlers except on day 2, when the conditions were ideal for the pacers. In fact, a veteran like James Anderson, who is the master of his trade, could not get the ball to reverse once it got old.

Consequently, the pitches can be prepared bowling friendly and thus the bowlers can make use of the conditions to trouble the batsmen. If not, there will be no contest between bat and ball and it is going to get mundane.

It is important for the ICC to maintain the balance between the two aspects of the game during the Covid-19 era.