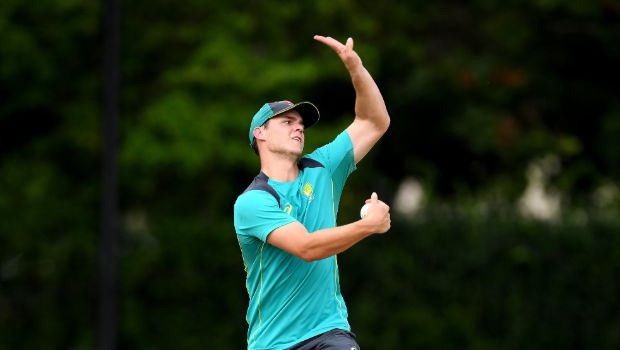 Australia’s leg-spinner Mitchell Swepson was able to seal a place in the national squad for the upcoming four-match Test series against India.

Swepson has impressed with his skills in the Marsh Sheffield Shield as he has taken 23 wickets in three matches at an average of 21.37.

Swepson feels bowling at India’s world class batting will be a test for him and he is looking forward to the challenge of bowling against the best in the business. India has a potent batting order and the 27-year old will have his work cut out.

“You want to challenge yourself against the best, and it’s no secret he’s (Kohli) up there with the best,” Swepson was quoted as saying by cricket.com.au.

“For me it’s another challenge and another thing that excites me to be able to test myself against a great cricketer. Their whole batting line-up is world class. So any opportunity to bowl at those guys is a test for myself and a challenge I can’t wait to get.”

Meanwhile, Swepson knows that he will be second choice spinner after Nathan Lyon. Australia is expected to go with a full strengthened pace battery with the likes of Josh Hazlewood, Pat Cummins and Mitchell Starc with Lyon as a solitary spinner. However, Swepson is hopeful that he could get his chances and he is looking forward to grabbing them with both hands.

Lyon has been a consistent performer for Australia in all the conditions. However, Swepson wants to be ready if the opportunity comes his way.

“He’s (Lyon) proven himself time and time again in Test matches. I’m not counting my chickens too much there with getting a go above him,” the 27-year-old said.

“But if conditions suit, there may be a chance they play two spinners. “I’ll be preparing to play all four games. If the chance comes, I’ll hopefully take it with two hands. And if not, so be it. I’m sure there’ll be more chances in the future.”

Mitchell Swepson has played 45 First-class matches for Queensland and he has scalped 138 wickets at an average of 33.26.

Swepson has been in prolific form in the recent past and it would be interesting to note if he gets the opportunity against the Indian batsmen – who are strong against the spinners. The leg-spinner scalped eight wickets against South Australia recently and thus he was awarded the Player of the match.

On the other hand, the first ODI will take place at Sydney on November 27 whereas the first Test match which will be a pink-ball contest, will be played at Adelaide Oval from December 17.