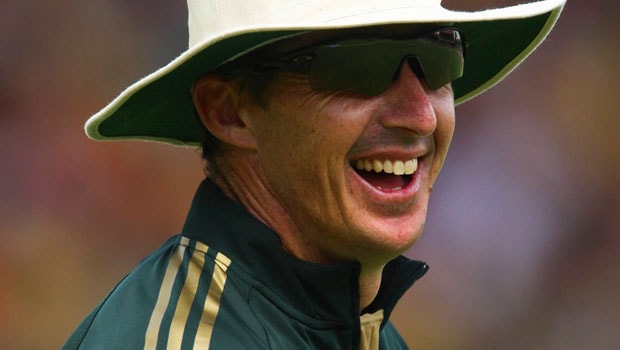 Former Australian chinaman spinner Brad Hogg has picked his all-time Indian Premier League XI, in which he selected Virat Kohli as captain. Hogg named David Warner and Rohit Sharma as the openers of the side. David Warner is the most successful overseas player in the IPL he has scored 4706 runs 126 IPL matches at an impressive average of 43.17 and a blistering strike rate of 142.39.

Rohit Sharma has amassed 4898 runs in 188 IPL matches at an average of 31.6 and strike rate of 130.82. Royal Challengers Bangalore captain Virat Kohli makes the cut into Hogg’s team as the talisman is the leading run-getter in IPL with 5412 runs from 177 matches.

Rishabh Pant who has impressed with his pyrotechnics in the IPL bats at number four. The southpaw has scored 1736 runs in 54 IPL matches at an impressive average of 36.17 and a blistering strike rate of 162.7.

Righty-o folks, here we are – my all-time IPL XI. Brace yourselves for a few surprise inclusions. What do you think of my team? Like it, think it's no good? Just let me know in the comments yeah? And share your all-time IPL XIs with me as well. We can see who's got the better side!

South Africa’s former batsman AB de Villiers takes the fifth position in the batting line-up for Hogg. AB has amassed 4395 runs in 154 IPL matches at an impressive average of 39.12 and a staggering strike rate of 151.24.

Sunil Narine and Rashid Khan are the two spinners in the side. Narine has scalped 122 wickets in 110 matches in the IPL. The southpaw batsman has also opened the innings for KKR and he has scored 771 runs at a blitzkrieg strike rate of 168. Rashid Khan has snared 55 wickets in 44 IPL matches.

Munaf Patel, Bhuvneshwar Kumar and Jasprit Bumrah constitute the pace battery of the side. Patel has scalped 74 wickets in 63 IPL matches and he did a fine job for Rajasthan Royals in the inaugural season.

Jasprit Bumrah, who is one of the best death bowlers in the world, has picked 82 wickets in 77 matches. Bhuvneshwar Kumar has taken 133 wickets in 117 matches at 23.71.