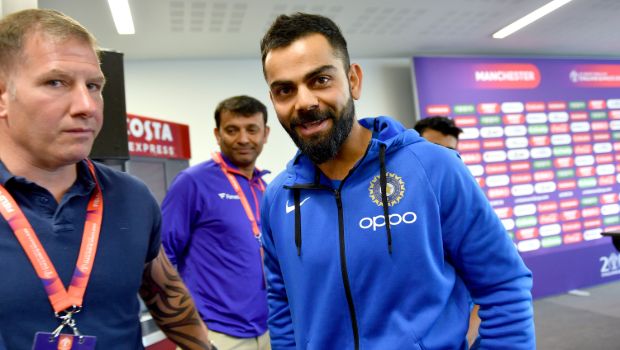 Hogg stated that Kohli’s stats back it up as he has produced the results for the Indian team. Virat Kohli is currently the most consistent batsman in the world and his records speak for himself.

Kohli is at the top of the ICC ODI rankings whereas he is at the second place in the Test rankings. The right-hander has been a master of run chases and the way he plans his innings in the ODI run chases is impeccable.

There is no doubt that Kohli is currently the best batsman in all the three forms of the game. King Kohli, as he is famously known, is the only batter who has an average of more than 50 in all the three versions of the game. The right-hander has already amassed more than 21,000 International runs and has 70 centuries under his belt. Ergo, Kohli has been able to tick all the right boxes in his career thus far.

On the other hand, AB de Villiers had sent shocking waves back in May 2018 when he decided to call it a day. However, de Villiers is playing in the T20 leagues across the globe. There is also talk going around that he might be back in the South African side for the upcoming T20 World Cup.

De Villiers has the skills to turn the match on its head with his blistering batting. The talisman scored 9577 runs in 228 One Day Internationals whereas he amassed 8765 runs in the 114 Test matches he played in his illustrious career.

Meanwhile, AB de Villiers and Virat Kohli share a great camaraderie with each other. Both of them play with each other for the Royal Challengers Bangalore in the Indian Premier League and their bonhomie has grown over the years.

When Brad Hogg was asked to pick a better batsman between AB de Villiers and Virat Kohli by a Twitter user, the Australian went with the latter.