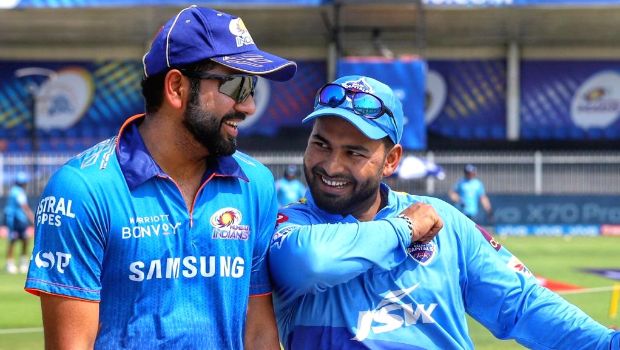 In a must-win match to keep their playoff hopes in IPL 2022 alive, Delhi Capitals ended up losing a game to Mumbai Indians which they should’ve won.

DC seemed to have the match in the bag before Tim David arrived to the crease and slammed 34 runs off 11 sixes which included two boundaries and four sixes to set the five-time IPL champions on the course of victory, and with it, knock DC out of the tournament.

However, before going ballistic against Delhi Capitals, Tim David survived a scare which proved to be the turning point of the game.

Facing the first ball off Shardul Thakur, David nicked it to the wicket-keeper. While there was a clear sound of the bat during the broadcast, both the bowler Thakur and the captain Rishabh Pant took their time to contemplate whether to appeal for DRS.

Sarfaraz Khan, who was close to Pant, was asking him repeatedly to go for the DRS but at the end of 15 seconds, Pant failed to make up his mind and ended up not referring. However, that move proved to be an extremely costly blunder for DRS as replays on the big screen showed that there was a clear snicko spike and David had, indeed, nicked it.

Everything went downhill for DC from that point on as their morale got completely deflated. Tim David went on to play a more than handy cameo which ended up halting their run in this year’s IPL campaign.

Former Australian spinner Brad Hogg has shared his thoughts on the Delhi Capitals captain Rishabh Pant’s failure to make the right decision in Saturday’s encounter against Mumbai Indians. Suggesting that he didn’t have the privilege of going to senior players like Virat Kohli or Rohit Sharma to make his mind, Pant has to bear the brunt of the responsibility for the decision.

“Thakur is walking back to his mark for the final ball, looks up on the big screen, and the replay is there. Snicko shows Tim David had nicked it, and he had his man. All of a sudden he is thinking, ‘Oh no, I’ve got to bowl this last ball to him. Pant should’ve gone up.’

The next ball he is not focussed, over pitches it, and it goes for six. When things don’t go your way, you’ve got to take a deep breath and re-focus,” he further added.