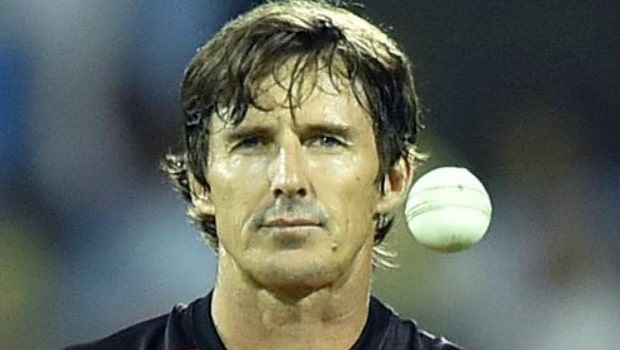 The new look Indian side comprising mostly of rookies and uncapped players under the leadership of Shikhar Dhawan and Rahul Dravid has attracted a lot of inadvertent controversy since landing in Sri Lanka. Former Sri Lankan captain Arjuna Ranatunga has slammed the Sri Lanka Cricket Board over their decision to entertain a ‘second-string’ Indian side while the main squad is busy in England.

However, former Australian spinner Brad Hogg has backed the Indian contingent in Sri Lanka. With the regular players busy in England following the WTC Final and ahead of the Test series against England, the BCCI named a squad comprising of youngsters and veterans for the white-ball assignment against Sri Lanka which will include three ODIs and three T20Is. The series gets underway on July 13.

Brad Hogg recently took to Twitter following Ranatunga’s remarks of feeling ‘insulted’ by the arrangement and he lauded the strength of the Indian side that will be coached by former India great Rahul Dravid. The former spin bowler feels that the team has enough quality to take on any full-strength team in the world. He also mentioned that the hosts are in no position to complain.

“Looking at the India squad in Sri Lanka, I don’t think the hosts can complain. It’s a line up that would challenge all full strength teams at the moment #INDvSL,” Hogg tweeted.

In another follow-up tweet, Hogg predicted the result of the upcoming series between India and Sri Lanka. He said, “Sri Lanka are having a few issues. India will win both series. Rahul Dravid too disciplined to not have the squad in the right frame of mind.”

Sri Lanka are arriving to the series following a horrible tour of England. They failed to register a single win and lost the T20Is 3-0 and the ODI series 2-0.

They also shared a video of the team’s physiotherapist Ashish Kaushik which revealed how the players were battling the heat in Colombo.

“How is #TeamIndia beating the heat Sun with rays and staying squared cool in Sri Lanka?  We go behind the scenes to find out,” the video was captioned.