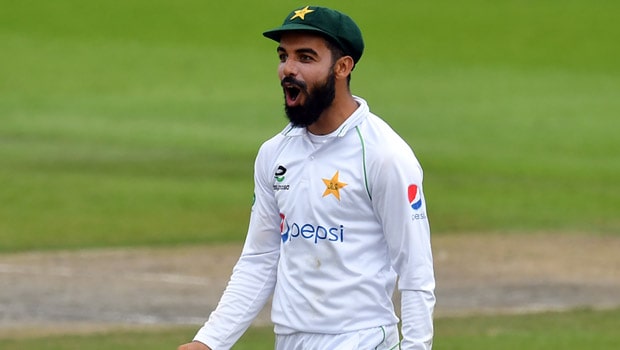 Former England captain Michael Vaughan has suggested that Pakistan should bring in Shadab Khan in place of Fawad Alam for the third and final Test match against England. Fawad had replaced Shadab for the second Test match at Ageas Bowl, Southampton, which ended in a draw after regular rain interruptions.

Fawad Alam made a comeback into the national team after a gap of 11 years. Alam had an impressive average of 56.78 in first-class cricket and was able to get his much deserved opportunity. However, the southpaw had a short stay at the crease as he was plumbed in front of the wickets by Chris Woakes, without troubling the scorers and could face only four balls.

On the other hand, Shadab Khan had impressed with his skills in the first Test match at Old Trafford, Manchester. The leg-spinner scalped two wickets in the first innings and also scored a crucial knock of 45 runs to add a fine alliance of 105 runs with Shan Masood for the sixth wicket partnership in the first innings.

There was spin on offer in the second Test match at Ageas Bowl, Southampton and Vaughan reckons that the same pitch will be used for the third Test as the groundsmen will not get a chance to make a new one due to poor weather conditions. Thus, Vaughan feels Shadab Khan would be a perfect replacement for Fawad Alam in the third Test.

“I would just make one change and bring Shadab Khan in for Fawad Alam, just because we saw some spin in the last match. Also, I think they will use the same pitch, as the last Test match, because of lack of time to prepare a new one due to bad weather. So, you would want that extra spinning option and a player who has shown that he can bat in these English conditions,” Vaughan said while talking to Cricbuzz.

In fact, Vaughan is mighty impressed by the skills of Shadab Khan and had earlier stated that he has the potential to become Pakistan’s next captain.

The second Test match ended in a draw as rain played killjoy. England currently leads the three-match series by 1-0. The third and final Test match will take place at the Ageas Bowl, Southampton from August 21. After the Test series, both the teams will take on each other in the three-match T20I series.