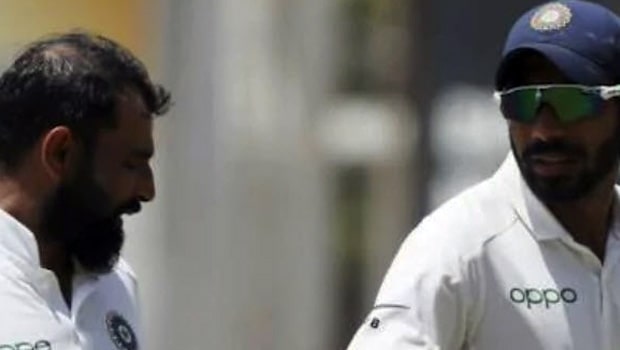 It was gathered that India’s premier strike bowlers would be rotated. The team management reportedly decided this to keep them fresh for the four-Test series starting December 17.

India begins their two-month tour of Australia with three ODIs. This will be followed by T20 Internationals scheduled between November 27 to December 8 in Sydney and Canberra.

According to sources in BCCI, coach Ravi Shastri is making this decision to reduce the workload on the duo, with bowling coach Bharath Arun unsure of the availability of Ishant Sharma for the first Test.

Ahead of the first red-ball warm-up game that will hold at Drummoyne Oval between December 6-8, the team management comprises head coach Ravi Shastri, captain Virat Kohli bowling coach Bharat Arun, will figure out how to manage the bowlers.

Meanwhile, the Tests’ first warm-up game will coincide with India’s second and third T20 Internationals. The team’s management won’t be risking Bumrah and Shami as they will be involved in six consecutive games for 12 days.

Due to this, India could rotate them in the T20 Internationals scheduled for December 4, 6, and 8. Fielding them for the three straight games will leave them won’t want to be risked. So, they won’t be fancy this at this moment.

So, it is expected that Shami and Bumrah are rotated during the white-ball series. Following the recent reports, Shami has been bowling with pink and red balls during net sessions. This indicates where his and team’s priorities lie.

Although Bumrah and Shami could play the ODIs and bowl their ten over quota before switching to Test match mode. This means they could be involved in the warm-up games and get the overs under their belt.